Directed by Roman Polanski
Intense portrait of two couples meeting to smooth out rough edges of a mutual problem who wind up letting loose all the anger and hatred inside themselves.

It is in our living room where compassion and reconciliation are hatched in the midst of a sea of troubles. It is also a place where we drop the facade of civilized niceness and let loose our primal anger and verbal violence — not only to outsiders but even to those we love the most. We saw the fury of this emotional release in Edward Albee's 1962 drama Who's Afraid of Virginia Woolf? and in plays by Eugene O'Neill, Arthur Miller, and Harold Pinter. As Mother Teresa reminded us: "If we have no peace it is because we have forgotten that we belong to each other." But in crisis situations we do not remember that truth about human nature. That's when the parts of us that we have hidden away come crashing through the doors and lash out at others.

In the opening scene of Carnage, we see a gang of boys at a Brooklyn waterside park with the Manhattan skyline in the background. One of them separates from the rest and then gets in a shoving match with another youth. The first boy responds by hitting his opponent in the face with a stick. Later, Alan (Christoph Waltz) and his wife Nancy (Kate Winslet), the parents of the aggressive boy, arrive at the Brooklyn apartment of Michael (John C. Reilley) and Penelope (Jodie Foster) with the intention of resolving any problems connected with the violent encounter. It turns out that Michael and Penelope's son has two broken teeth.

The couples engage in chit-chat to get to know a little more about each other. Michael sells hardware; Penelope is a writer who is struggling with the moral meanings of Darfur; Alan is a corporate lawyer; Nancy is an investment banker. The class differences between them are apparent from the outset as the mutual plan of reconciliation slowly unravels. Alan and Nancy try to exit swiftly but are lured back first by Penelope's cobbler and then by Michael's special bottle of Scotch. Throughout their time together, Alan pulls himself away from the conversation and talks on his cell phone about a pharmaceutical company's problems with a new drug. Nancy can't stand her husband's addiction to talking on his phone and ignoring the people right in front of him. At one point, she is so overcome with anger that she throws up all over Penelope's beloved art books on the coffee table.

Carnage is masterfully directed by Roman Polanski who has adapted Yasmina Reza's award-winning play for the screen with all of its vituperative emotional outbursts intact. This is a character-driven drama that sizzles with the heat of anger and hatred. Jodie Foster, Kate Winslet, John C. Reilly, and Christoph Waltz do not disappoint.

Catholic author Ronald Rolheiser has observed: "When we watch the news at night, most of what we are seeing is a reflection of what is inside ourselves." During their time together, the couples manage to cover a lot of turf related to marriage, fighting fair, the burdens of parenting, the ethics of business, the meaning of the moral high ground, the male need for camaraderie, and the dynamics of blame and revenge. Carnage proves just how difficult it is for most people to practice forgiveness and reconciliation.

At the same time, this movie gives us an opportunity to do essential shadow work as we identify with the behaviors and attitudes of the four characters. Interfaith minister John Mabry reminds us: "We must not despise the rough, the dark, the empty, the cowardly, the flawed or the crooked. It is a package deal." We can be grateful to rare movies like Carnage which enable us to confront and make peace with those parts of ourselves that we find unappealing, despicable, unworthy, and embarrassing. By owning our shadow, we can embrace our full humanity, flaws and all.

Special features on the DVD include: actors' notes; an evening with John C. Reilly and Christoph Waltz; and on the red carpet. 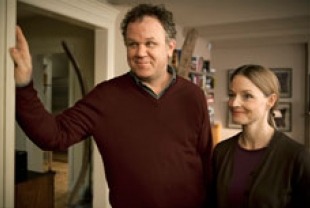 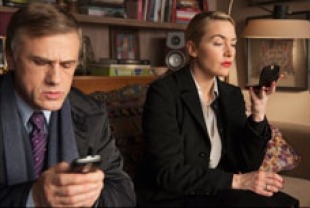 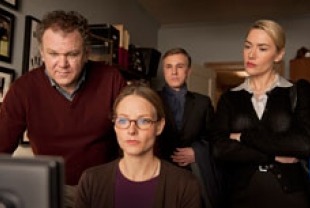