Directed by Steve McQueen
An intense portrait of a sexual addict in New York City whose life revolves around satisfying his libido and conquering women.

Like alcoholism or drug abuse, sexual addiction is a true compulsive disorder that is based on satisfying a relentless desire for sexual pleasure. Studies have shown that men caught up in this endless cycle of sexual conquests do so out of loneliness and feelings of worthlessness. They tend to view women as interchangeable objects who are there to be seduced and abandoned. Intimate relationships are out of the question since new flesh is always required. Sex for these restless individuals is the only way they can satisfy the disquiet that eats away at their soul and psyche.

With Shame British director Steve McQueen and co-screenplay writer with Abi Morgan has created an intense and focused portrait of a sexual addict whose entire life is built around satisfying his physical needs and desires. The filmmaker uses frontal nudity as an essential element of the story given the main character's obsession and pride in his genitals and sexual prowess.

At the office, he learns that his computer has been taken away and is being checked for new viruses. Brandon knows that his extensive porno collection will be discovered. He breathes a sigh of relief when his boss, Dave (James Badge Dale) suggests that probably a young man who worked for him was behind the pornography stash. Brandon and his boss go out for drinks to a club where men pick up women. Dave flirts with a stunning beauty and dances with her but she is attracted to Brandon who is always exuding a strong sexual allure. She plays just a minor role in his unfolding sexual drama. His longest relationship with any woman has been four months.

When his sister Sissy (Carey Mulligan) comes for a visit and decides to stay awhile, Brandon is miffed given her self-destructive ways and her inability to keep a job. She brings back memories of their dysfunctional family and puts him on edge with her presence. But tears come to his eyes when he hears her sing in a club. She is troubled by his obsession with sex which includes masturbation, use of prostitutes, one-night stands, and a massive pornography collection. Sissy's criticism and his ordering her to move out of his apartment sends Brandon into a self-destructive mode of his own.

When many of us hear the word "shame," we get shivers down our necks thinking about classmates, bullies, tyrannical teachers, church leaders, and insensitive parents have made us feel that we are rotten to the core. But as spiritual teachers have told us, there is a healing kind of shame that enables us to get in touch with our inner gold and true self. Will Brandon discover this?

The film has an open-ended finale. Brandon gets on a packed subway and sees someone who could be the same woman he saw earlier and who eluded him. Will he give in to his old habits and patterns or is he poised for a new journey on a path where he does not have to seduce and conquer yet another woman?

Special features on the DVD include: a focus on Michael Fassbender; an interview with director Steve McQueen; "The Story of Shame: A Shared Vision"; and Fox Movie Channel presents: "In character with Michael Fassbender." 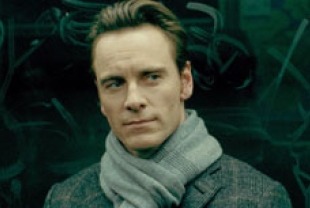 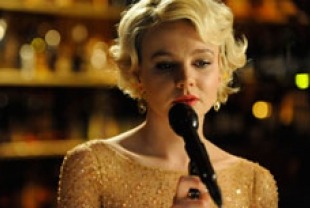 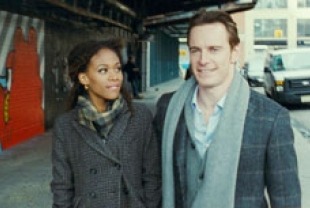