Directed by Jason Reitman
A dramady about beauty and change in the life of an attractive messed-up woman.

Spiritual people have a deep and broad appreciation of the beauties in this world including women and men, works of art, the warmth of people who radiate joy, the playfulness of animals, the delicacy of wild flowers, or the soothing sound of ocean waves in the dark of the evening.

Muslims reverence beauty as one of the attributes of Allah, and Orthodox believers have made beauty an essential part of their worship experience. Hindus are able to see beauty in small things, and those who practice wabi sabi in Japan spot beauty in imperfect objects that bear the marks of time such as a well-used chipped mug.

But spiritual people also emphasize the importance of beauty in actions. The Buddha taught that morality is the true beauty of the human being, not one's physical appearance or outer adornments. And Jesus singled out and blessed the woman of Bethany who poured precious ointment on his head as an act of generous love. "She has done a beautiful thing to me," he says.

This beauty of unselfish acts and morality is a long way from the slick worship of surface beauty of women in Western culture. From the popularity of cheerleaders in high schools to the adoration of beauty queens in pageants to the pandemic use of attractive women to sell everything from cars to their bodies, we have cheapened beauty and its manifold meanings and incarnations.

Director Jason Reitman and screenplay writer Diablo Cody, who worked so well in their creation of Juno, are back together again in this quirky and well-acted drama about an externally beautiful woman who internally is a very selfish, troubled, addicted, and messed-up person. Her mission to find love at 37 years of age challenges us to reframe our attitudes towards outward and inward beauty.

Mavis Gary (Charlize Theron) lives alone in a Minneapolis high-rise with her dog. She is a ghost-writer for a popular series of Young Adult novels that have run their course. Mavis is having trouble finishing the last book and her editor is anxious about her tardiness. She is depressed about the emptiness of her life which should have delivered the goods of an ideal single life with freedom and adventure. Instead it consists of bad memories of a failed marriage, TV dinners, dreary reality programs, one-night stands without passion, and the challenge of finding new work. Instead of squaring off against these disappointments, Marvis tries to obliterate them with alcohol.

Then one day, hope arrives in the form of a baby announcement from Buddy Slade (Patrick Wilson), her high school boyfriend from the small town of Mercury, Minnesota. Mavis decides that she is going to save her life by stealing him from his wife and newborn. On her first night in town, she meets Matt (Patton Oswalt), who reminds her that his locker was right next to hers throughout high school, but of course she was the most popular girl and he was nothing but a loser. Mavis then recalls that Matt was severely assaulted in his senior year by some jocks who were convinced that he was gay. Since then he has been crippled, angry and lonely. Mavis decides that he is the ideal drinking partner during her spare time. He turns into a pretty good confidant.

She has drinks with Buddy who talks about his baby while she tries to set the stage for their new life together in love by reminiscing about their romantic past. When he invites Mavis to hear his wife Beth (Elizabeth Reaser) play drums in a female rock band, she is thrilled and gets dolled up for the occasion. Matt can't believe her delusionary mission but she proceeds with her plans which result in a kiss goodnight from a very drunk Buddy. Will Mavis be able to seal the deal at the baby-naming party?

Reitman and Cody have taken a risk by making the lead character in this dramady into such a narcissistic, deceptive, and nasty woman. Although she has low-self-esteem, Mavis still believes the all-American lie that putting on make-up and a sexy dress makes her into a beautiful woman. Of course, the really beautiful person is Buddy's plain wife Beth (Elizabeth Reaser) who shows her kindness in act of genuine hospitality.

Charlize Theron has made an impressive screen career for herself by taking on risky roles. Once again she triumphs against the odds in creating an irritating and emotionally stunted character who has a chance to turn her life around. Although it is easy to write Mavis off as a self-destructive person, we are sure that plenty of people will empathize with her and, like us, hold open the possibility that she can indeed change her habitual ways.

Special features on the DVD include a commentary by the filmmakers; "The Awful Truth: Deconstructing a Scene"; and deleted scenes. 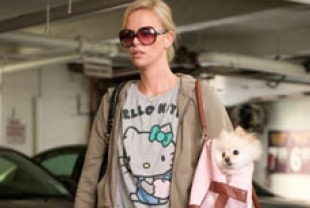 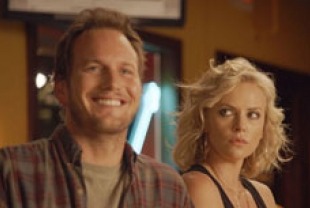 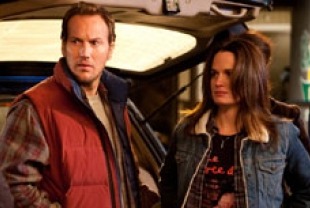 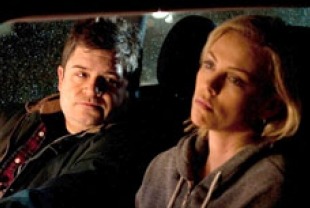