Directed by Mia Hansen-Løve
A fine and fluid French drama about the enchantments of first love and the challenges of moving beyond it despite its beauty and meaning.

Do you remember what it was like? The sheer delight, magic and mystery of first love. The feeling of buoyancy while walking down the street together. The pleasure of holding hands or talking for hours. The way that just being with your first love transformed the world into an enchanted place. And when apart, your life seemed to be diminished and you felt sad and lonely. But then all you had to do was to bring the image of your first love into your mind and you were happy again.

Then there is the dark side of first love and all the heightened emotions that come with it. The fear of being rejected and abandoned is very real and must be acknowledged. That is what Andreas Capellanus is talking about when he states:

Timerous is the perfect word to describe the state of mind of Camille (Lola Creton), a 15-year-old French girl in 1999 whose first love is Sullivan (Sebastian Urzendowsky), a young man who had just dropped out of high school. He praises her beauty and says that he adores her. She doesn't ever want to be separated from him, and she hopes that her deep and abiding love will not be tamed.

But there is trouble on the horizon: Sullivan has made plans to travel to South America with friends for ten weeks. Camille is distraught, not knowing how she is going to able to cope with the separation. After he leaves, her mother tells her she should be enjoying herself rather than constantly crying over Sullivan. But Camille cannot let go of her attachment to him and the fond memories of all the satisfying sex they had.

In 2003, Camille now wears her hair short and is an architecture student who is intrigued by how homes and buildings influence our emotions and doings. She has changed a little bit but still turns away a young man who wants to have sex with her. Her first love, Sullivan, still lives in her heart and consciousness even though he made no effort to see her after returning from his trip. Camille begins a romantic relationship with Lorenz (Magne-Havard Brekke), a recently divorced Danish man who is her professor. They have established a new life together. But then Sullivan reconnects with Camille. Will she continue her adventure with Lorenz or return to the more familiar and passionate relationship with her first love?

Writer and director Mia Hansen-Løve (The Father of My Children) has crafted a fine and fluid film about a young woman challenged to move beyond the enchantments of her first love. Her joys and sadness will draw out the same emotions in you. Hansen-Love scores some points with her take on sexual politics: the freedom sought by Sullivan and the great contrast with the simple commitment and loyalty espoused by Camille. Ironically, she advances herself into what promises to be a successful career while he seems to be in a rut with little hope of moving upward. The spiritual lesson that all of us eventually need to learn with Camille is nicely put by Marion Woodman:

"Detachment liberates the heart from the past and from the future. It gives us the freedom to be who we are, loving others for who they are. It is the leap into now, the stream of Being in which everything is possible." 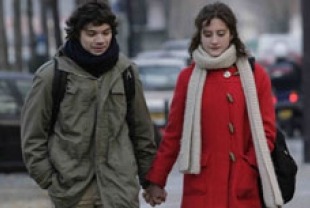 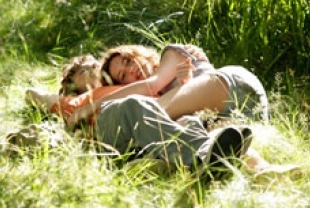 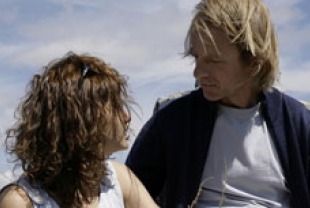