Directed by Cameron Crowe
An emotionally literate film about a grieving family trying to jump-start their lives again by running a small zoo for animals.

Benjamin Mee (Matt Damon) is a California widower and single-parent father of Dylan (Colin Ford), his moody teenage son, and Rosie (Maggie Elizabeth Jones), his precocious seven-year-old daughter. They are all still mourning the death of his wife and their mother Katherine (played in flashbacks by Stephanie Szostak). Wanting desperately to turn the page and start afresh, Benjamin quits his job as a reporter and goes house hunting. By luck, he stumbles upon an old house situated on 18 acres of land. The only rub is that purchase of the place includes the Rosemoor Animal Park which has been maintained for the 200 animals who live there but closed to the public.

When Benjamin shares his excitement about this new adventure for his family, his brother Duncan (Thomas Haden Church) gives him a truckload of reasons why this is a really bad move. In addition, Dylan who has just been expelled from his high school, goes ballistic about leaving behind all his friends. But Benjamin is convinced that the place, being outdoors in nature, and working with animals will be good medicine for his kids.

Rosemoor is being run by zookeeper Kelly Foster (Scarlett Johansson), a twentysomething who has found fulfilling work but has struck out in intimate relationships; she's still living with her mother. Among her helpers are her teenage cousin Lily (Elle Fanning) and MacCready (Angus MacFadyen), who designed the state-of-the-art environments for the animals but has a drinking problem. Kelly and the other workers at Rosemoor are at first skeptical about Benjamin's plans but then are lifted by his high energy and enthusiasm for reopening the zoo. Many hurdles are faced including a shortage of money, a tough inspector, an escape from his area by a giant bear named Buster, and the hard decision of what to do with Spar, an old tiger.

In Deep Water Passage, Ann Linnea writes: "The cycle of grief has its own timetable. Until that cycle is honored and completed we are moving along life's path with an anchor down." That is a near-perfect description of the plight of Benjamin and his two children. Director Cameron Crowe has shown that he has a knack for character-driven films; we recall two of his gems in this regard: Say Anything and Jerry Maguire. We Bought a Zoo is based on a memoir by Benjamin Mee set in England. The screenplay by Crowe and Aline Brosh McKenna deals with one family's grief, the benefits and drawbacks to zoos, and the challenges of making your dream into a reality.

Earl A. Grollman has characterized grief as "love not wanting to let go." Benjamin, who has stepped into his dream without doubts, begins his completion of the cycle of grief by being fully present with Spar as it becomes clear that the tiger is dying. He takes another step on the same journey in a restaurant with his kids where he re-enacts his first encounter with Katherine. Rarely has letting go been so beautifully rendered on screen. 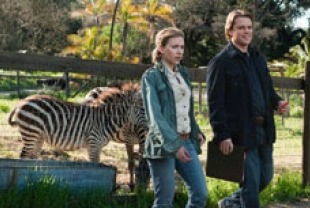 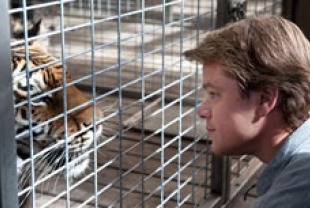 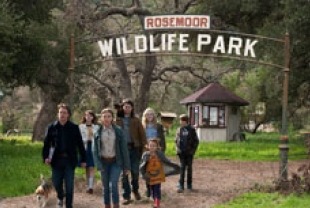 PG - language and some thematic elements