Directed by Mateo Gill
A Western about a cowboy vagabond who learns that you can't go home again.

Joan Chittister has written: "The loss of a friend is not a gap in the environment; it is a gouge in the heart forever. Nothing replaces a lost friend because when a friend goes, a door in my own life closes that can never be opened by anyone else again." Such is the case with Butch Cassidy who spent his glory days riding and cavorting with his best friend the Sundance Kid. Now living alone in Bolivia on a small ranch, his mind takes him to the past and the good times they had together with Etta Place who eventually leaves them to raise her child.

Butch Cassidy, who now calls himself Blackthorn (Sam Shepard), has written to Etta's son, who might be his, back in the States. Having decided to go home, he sells the horses he's been breeding and bids farewell to Yana (Magaly Solier), a local beauty who has been his lover and caretaker. On the way across some desolate land in Bolivia, Blackthorn encounters Eduardo (Eduardo Noriega) who is being pursued by a large group of angry men. He claims to have stolen a large sum of money from the richest man in the county who owned a mine. He offers Blackthorn half of it if he will help him stay out of range of the men chasing him. Reluctantly the old codger agrees, seeing the money as his ticket back to the States. Things grow more complicated when an ex-Pinkerton zealot (Stephen Rea) re-appears in Blackthorn's life just when he needs him least.

Mateo Gill directs this gritty Western which allows Sam Shepard to strut his stuff as a cantankerous old man who just wants his small share of peace after a lifetime of being on the run. The actor has a lark in the scene where he is riding a mule and singing a rowdy song called "Sam Hall." After feeling distrustful about his young sidekick, Blackthorn loosens up with him but later regrets his change of mind; he's no Sundance Kid. One of the truly sad things about life is that you really can't go home again.

Special features on the DVD include: deleted scenes; the making of Blackthorn; short films by director Mateo Gil; HDNet: A Look at Blackthorn; and a Trailer. 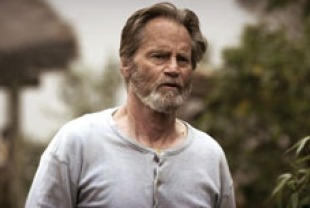 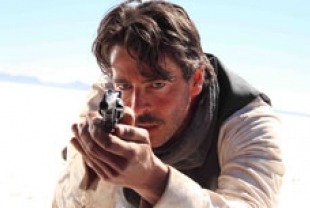 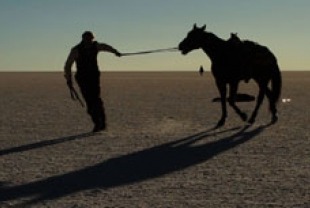