Directed by Rodrigo Garcia
An odd but endearing drama about a meticulous waiter in 1898 Dublin with a gigantic secret and expansive dreams for the future.

Albert Nobbs (Glenn Close) is a meticulous waiter who has worked for years at Morrison's Hotel in 1898 Dublin. It's the Victorian era, and the gap between the rich and the poor is gigantic. While Albert and other members of the staff scrimp and scrounge to save money, the wealthy clientele of the hotel treat them with disdain. A regular at the hotel has his shoes scuffed when the young man carrying his bags slips on the snow. He orders the hotel to fire him on the spot. Anxious to please the 1%, they do so immediately.

The hotel staff do not know much about Nobbs, an odd fellow who is shy, quiet, and a gentleman with impeccable manners. He does not assert himself but humbly carries out his tasks as waiter. When Mrs, Baker (Pauline Collins), the proprietress of the hotel, orders Nobbs to share his bed for one night with Hubert Page (Janet McTeer), a painter who needs a place to stay while doing touch-up jobs on the walls, the waiter panics. Albert is a woman who had an abusive husband and has been dressing in order to get a better paying job in a man's world. But he need not worry that Hubert will reveal his carefully guarded secret. Revealing large breasts under his baggy clothes, Hubert is also living in disguise. He has even married a woman (Bronagh Gallagher) and is very happy with their loving relationship.

This revelation inspires the diffident Nobbs to begin making plans for the transformation and liberation of his false and constricted life. He begins courting Helen (Mia Wasikowska), a pretty maid who is carrying on a passionate affair with Joe (Aaron Johnson), the newly hired employee who looks after the hotel's furnace. When he finds out that Nobbs is interested in his girlfriend he begins plotting a scheme to get enough money from him to travel to America. Meanwhile, the waiter counts the wealth he has accumulated over the years and visits a place for rent that he intends to turn into a tobacco shop.

Rodrigo Garcia (Nine Lives, Mother and Child) directs this intense drama based on the novella by George Moore, which has been adapted for the screen by Close, Gabriella Prekop, and John Banville. Albert Nobbs does a masterful job conveying the abyss between the hotel waiters and maids and the rude and self-absorbed rich clientele who regularly eat and party there. Secondly, the film realistically shows the stress involved in hiding one's real identity. There is an emptiness in Nobbs which he seeks to fill with his dream of a new life. But even that is short-lived when he tells Helen that he wants to marry her and together run a shop. She informs him that he doesn't have a clue about what love is and that she has no intention of wedding him.

The one truly liberating moment in Albert's life is when she and Hubert put on dresses and go for a stroll in the beach. For a magical afternoon they are truly themselves: Albert runs and falls in the sand overcome by joy which is flooding her entire being. And to add to her well-being, Hubert is happy for her fellow cross-dresser. Together, Glenn Close and Janet McTeer turn in incredibly rich and complex performances making them Academy Award contenders.

Special features on the DVD include three short deleted scenes (two of which shed light on the story) and interviews with the cast and filmmakers. 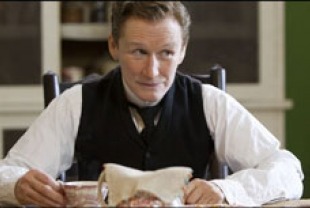 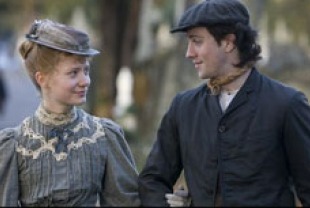 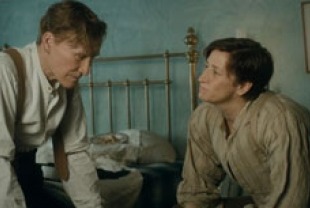 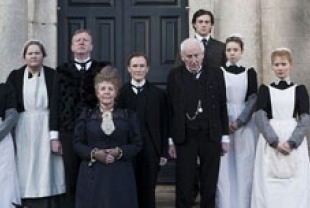 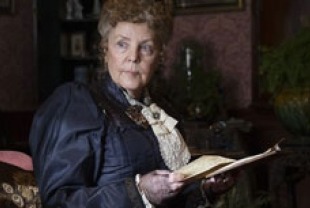