The Flowers of War

Directed by Zhang Yimou
An exploration of the nature of heroism and sacrificial love during the Japanese occupation of Nanking in 1937, from acclaimed Chinese director Zhang Yimou.

No wonder the opening scenes in The Flowers of War show Chinese girls from a convent school running desperately through the chaotic streets of Nanking with Japanese soldiers firing at them and killing a small band of Chinese soldiers. Shu (Zhang Xinyi), the narrator of the story, is one of the girls from the school.

John Miller (Christian Bale), an American mortician and drifter, is trying to reach a Western-run cathedral to bury the priest who was in charge there. He is stunned to find that George (Huang Tianytuan), a teenage boy, is temporarily running things at the cathedral. Things get more complicated when twelve courtesans seek sanctuary in the compound. Miller dons the priest’s clothing to protect the girls when the Japanese storm the place.

The massacre of Nanking was recently explored in City of Life and Death (2009) but there is more than enough material and moral lessons for two films in this terrible catastrophe of hatred and violence. The Flowers of War is directed by Zhang Yimou (Not One Less, The Road Home, House of Flying Daggers, Curse of the Golden Flowers) with a great respect for the heroism of women in jeopardy and those required to face imminent death. Liu Heng’s screenplay, based on a novel by Yan Geling, at times is excessively melodramatic but those with patience will be rewarded by the emotional riches in the closing section of the story.

It is interesting to watch Christian Bale in the role of another survivor forced to use every trick in the book to stay alive during war. He was a 13 year-old actor when he played the lead role in Steven Spielberg’s Empire of the Sun as a prisoner in a Japanese camp during World War II. Both films are condemnations of the brutality, betrayal, and senseless violence of all wars.

The catalyst for the changes which take place in Miller is Yu Mo (Ni Ni), a courtesan who speaks English and is a born leader. The American is dazzled by her beauty and willing to do anything she wants in order to win her attention and love. But to do so, he must give up his selfishness and serve the girls and women under his care and protection. Miller does come up with a plan that is risky but doable. The Flowers of War shows the miracles that can happen when people seek the well-being of others. 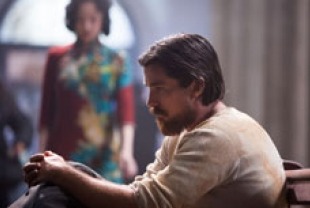 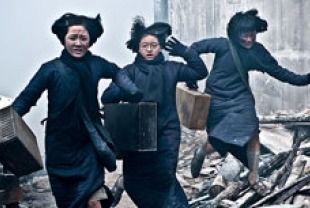 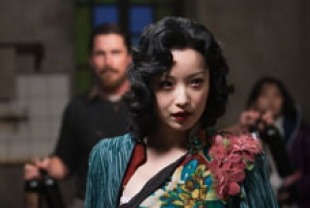 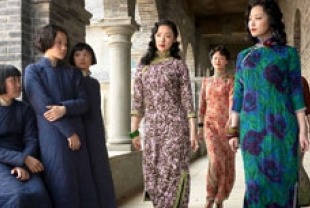