Directed by Gavin O'Connor
A sports movie about a martial arts tournament and an intimate drama about letting go of hatred and opening the heart to the healing balm of forgiveness.

Writer and novelist Alan Paton wisely observed: "When a deep injury is done us, we can never recover until we forgive." You would think that life is too short and too filled with suffering and pain to not get rid of the old angers, hatreds, and resentments we're carrying around. But all too often we stubbornly refuse to give in to the tenderness of the heart and the healing balm of reconciliation. That is the case for the men in this film who can't quit feeling the abandonment they suffered. They have closed the doors on each other and have chosen to live with enmity.

Tommy Conlon (Tom Hardy), an Iraq war veteran, returns to Philadelphia after a 14-year absence and stops in to see his father. Paddy (Nick Nolte) is a recovering alcoholic who has been born again. Tommy damns his dad for his prior drunken brutality that forced him and his mother to leave home; she later died with only Tommy to care for her at the end. The one positive thing he can say about his father is that he was a fine wrestling coach. Tommy’s reason for returning home is to train for a martial arts tournament with a $5 million purse. He wants his dad to help him prepare for Sparta.

Meanwhile, Tommy’s older brother Brendan (Joel Edgerton) is married and has two young daughters. He teaches high school physics and his wife Tess (Jennifer Morrison) has two jobs, but they are still strapped for money. The bank has told him that they will soon lose their house. So Brendan fights in an underground martial arts contest, resulting in his being suspended from teaching. When he hears about Sparta, he manages to convince an old trainer friend (Frank Grillo) to get him into the tournament. The two brothers finally meet there, but Tommy rejects him completely for choosing to stay with Paddy instead of leaving home with him.

Warrior is an emotional roller-coaster ride as these two desperate and angry brothers square off against each other at the martial arts tournament. Writer and director Gavin O’Connor has fashioned a drama that succeeds both as a sports movie and as a gripping portrait of a dysfunctional family where the wounds of the past are still strong and destructive. He draws out three incredible performances from Tom Hardy, Joel Edgerton, and Nick Nolte. The actors play out before our wide eyes just how difficult it is to let go of hatred, anger, and resentment and open our hearts to the beauty of forgiveness.

Special features on the DVD include: a feature audio commentary with filmmakers and actor Joel Edgerton; a documentary: "Redemption: Bringing Warrior to Life"; "Philosophy in Combat: Mixed Martial Arts Strategy"; "Simple Believe: A Tribute to Charles 'Mask' Lewis, Jr."; Cheap shots: a gag reel; "Brother vs. Brother: Anatomy of the Fight"; "The Diner": deleted scenes with Tom Hardy and Nick Nolte (with optional commentary); and a selected scene on-camera commentary with filmmakers and Nick Nolte. 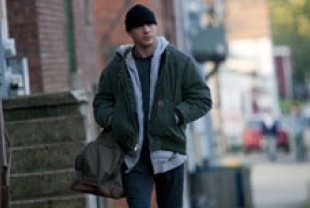 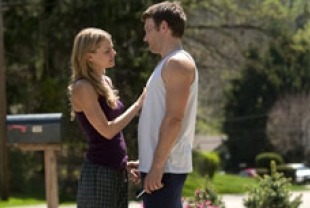 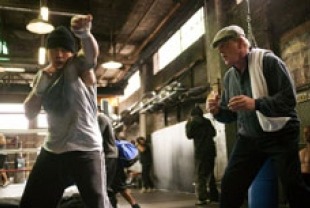 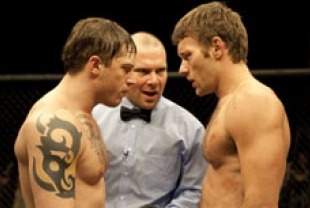