Directed by Stephen Daldry
An emotionally literate film about wise stewardship of pain by a teenager mourning the loss of his father.

"A great religious tradition does not deny the pain of loss", writes Rabbi David Wolpe in Making Loss Matter: Creating Meaning in Difficult Times. "In the words of the Kotzker Rebbe, 'The only whole heart is a broken one.' No awake spirit can move through this world without enduring a broken heart. There is nothing real that makes life painless. Accepting the pain of living, knowing one's heart will — and should — be broken is the beginning of wisdom."

Eleven-year old Oskar (Thomas Horn in an astonishing performance) discovers at a young age what it means to have a broken heart. He is the precocious and articulate son of Thomas Schell (Tom Hanks), a jeweler, and his wife Linda (Sandra Bullock) in New York City. The boy is bullied at school, has a hard time talking to people, and may have Asperger's although the tests were inconclusive.

Oskar's relationship with his playful and imaginative father is very close and rewarding to both of them. They love games and practicing their verbal dexterity. Thomas is always challenging Oskar with what they call "reconnaissance expeditions." For example, they are looking around Central Park for clues to the former existence of a Sixth Borough of New York. Sadly enough, for whatever reason, Oskar is not close to his mother at all.

The boy's life is turned upside down on 9/11 which he calls "the worst day." His father is at a meeting on a high floor in one of the World Trade Center buildings. He makes six calls to reach his wife and son, the fear and anxiety in his voice growing, but each is unanswered. He does not make it out of the tower on that fateful morning. Oskar is consumed by pain as he plays and replays the tapes of the phone messages, which he has hidden from his mother in a secret shrine to his lost father.

Then one day, while looking around in his father's closet, Oskar finds a key in a small envelope with the name BLACK written on it. He is convinced that if he can find someone with the last name Black, he'll also find the lock the key fits, and this will somehow keep him close to his father. His quest becomes to visit each of the 472 Blacks listed in the boroughs of New York. He figures this will take three years if he devotes weekends to it. He's also found a clipping with the words "never stop looking" circled; he promises himself that he never will.

In order to protect himself from his fears and general nervousness, Oskar takes along a tambourine which he shakes whenever he's anxious. He walks a lot to avoid bridges and the subway. For part of this adventure, he is accompanied by an elderly man (Max von Sydow) who is renting a room from the boy's grandmother (Zoe Caldwell), who lives across the street and regularly communicates with the boy by walkie-talkie.

The old man doesn't speak and can only respond to people by notes he writes on a small pad of paper or by the "yes" and "no" written on each palm of his hands. Oskar gets a little of his history out of him and generally is pleased to have another wounded person along on his search. The whole project takes longer than he planned because every person he meets seems to have a story and "stories need to be shared." The cathartic journey of the boy with a broken heart becomes a way of connecting with a wide range of people.

Extremely Loud & Incredibly Close is directed by Stephen Daldry (Billy Elliott, The Hours, The Reader). The character-driven and emotionally literate screenplay is by Eric Roth based on a novel by Jonathan Safran Foer. Although there will be those who justifiably criticize the drama's exploitation of 9/11 images, the film still stays true to the integrity of Oskar's yearning to find some closure on his beloved father's death. To do so, he must be a good steward of his pain. As novelist and Christian minister Frederick Buechner has written:

"Being a good steward of your pain . . . involves being alive to your life. It involves taking the risk of being open, of reaching out, of keeping in touch with the pain as well as the joy of what happens because at no time more than a painful time do we live out of the depths of who we are instead of out of the shallows."

Oskar's quest opens him up to a more expansive connection with people such as Abbey (Viola Davis) and her ex-husband William Black (Jeffrey Wright). By reaching out to others, he begins the healing process of coming to terms with the mystery that is a part of every death. Oskar wants to push the river and find answers to the inexplicable loss of his father so that he can stay close to him forever. But, as the emotionally touching scene in the park reveals, he comes closest to his father when he is finally able to let go. 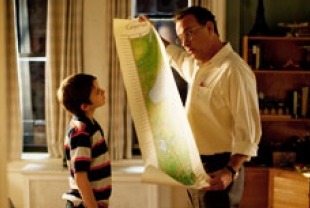 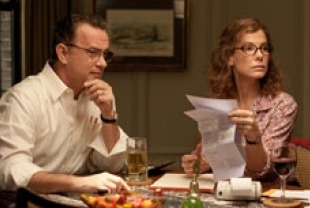 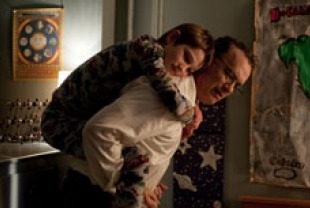 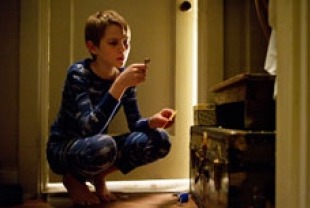 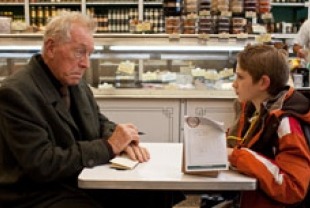 The Gifts of Grief ( documentary)

In the Bedroom (Values & Visions Guide)