Directed by Ralph Fiennes
A modern-day version of the Shakespeare play about the toxic results of rage.

Caius Martius (Ralph Fiennes) is a fearsome warrior and general of "a place calling itself Rome." After winning another battle, he is honored with a new surname — Coriolanus. His friends, including Menenius (Brian Cox), urge him to go for election as consul. Coriolanus, who is married to Virgilia (Jessica Chastain), comes from the wealthy class with power and money. His domineering mother Volumnia (Vanessa Redgrave) encourages him to follow his instincts and to bring honor to the family.

The poor and hungry people in the city are rioting since they do not have enough food. The general is advised to stand before the citizens, show his wounds, and ask for their support. Instead, Coriolanus bubbles over in rage against these ordinary men and women whom he sees as nothing more than rabble. Two tribunes (James Nesbitt and Paul Jesson) then set the crowds against Coriolanus. They plant the seed that he will take away their liberty. The war hero is banished from the city.

Coriolanus travels to meet with Tullus Aufidius (Gerard Butler), an anti-Rome warrior who has been his arch-enemy. They agree to become partners in a campaign against the city that has rejected them. When Menenius visits their camp and tries to change his old friend's mind, he fails and leaves lamenting the cold and arrogant rage that is seething in Coriolanus.

Ralph Fiennes directs this modern-day version of Shakespeare's play filmed in Belgrade, Serbia. Although it lacks the sophistication and cultural insights of another of the Bard's plays set in modern times, Michael Almereyda's Hamlet, it still packs a powerful punch. It conveys the toxic fallout that can result from economic inequalities, the ignorance of the public who are vulnerable to wheeler-dealers, and the arrogance of war mongers who are not used to having anyone tell them what to do.

More than anything else, the emotional power of this film lies in its depiction of Coriolanus's rage. This character flaw has been defined as a violent outburst of anger in which self-control is lost. In several of the early scenes, Ralph Fiennes looks like he is ready to boil over and when he does, his volcanic rage both shocks and awes. The veins in his neck and head stand out and his eyes bulge on account of the intensity of his speech.

Each of us carries within us the seeds of anger which when provoked can flame into rage. Coriolanus counsels us to hold back this poison. And when it does try to make an appearance, we need to attend to it, to discern the reason for its visit and how long it will be staying. Coriolanus never tries this spiritual tactic and is far the worse for it.

Special features on the DVD include the making of Coriolanus and a feature commentary by director/actor Ralph Fiennes. 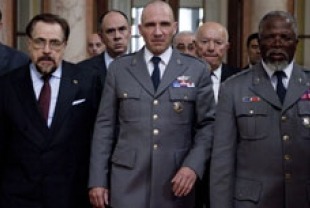 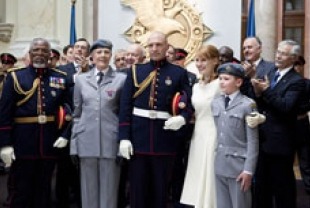 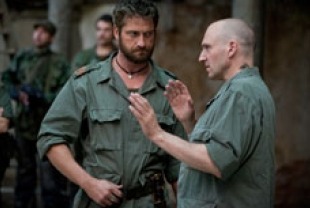 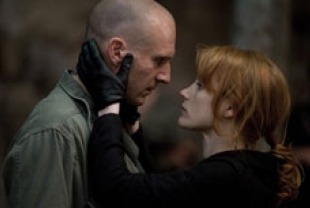 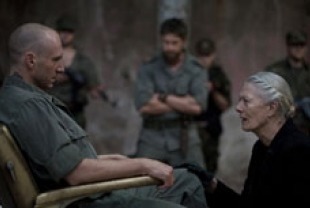