Directed by Holly Mosher
An enlightening documentary about the revolution wrought by Muhammad Yunus and the Grameen Bank's micro-finance loans to the poor.

Twitter Facebook Link Print
Share
"Poor people are bonsai people,
there is nothing wrong with their
seed. Society never allowed
them the space to grow!"
— Muhammad Yunus

This heartfelt and thought-provoking documentary by Holly Mosher presents the best tribute in many a moon to the fire power of the free market to expand and enrich the lives of poor people around the world. The focus is on the extraordinary vision of Muhammad Yunus, the founder of Grameen Bank and one of only seven people on the planet to win the Congressional Gold Medal, the Presidential Medal of Freedom, and the Nobel Peace Prize.

Seeing the struggles of the poor to lift themselves out of the prison of poverty, the Grameen bank headed by Yunus made its first loans for $27 each to 42 people. It currently lends to one out of every 1,000 people on earth with a 98 % rate of return — a stunning achievement.

In a striking moment of candor in the documentary, Yunus claims that they have set out to do just the opposite of conventional banks — giving small loans rather than large ones, to poor people rather than rich ones, women instead of men, in rural areas rather than urban ones. The aim of this micro-lending program is to give hope to the hopeless and help them cross over the poverty line. The director takes us to Bangladesh and enables us to see how women are selected and their use of the loans. It is very inspiring to hear the stories of women like Melancho, Aroti, and Anarkuli who have proven to be excellent entrepreneurs.

Muhammad Yunus has also experimented with "social business," which is a mix between business and social work. It usually involves a collaboration with other businesses on projects designed to address the spin-offs of poverty, such as inadequate health care, malnutrition, pollution, and illiteracy. More than 40 enterprises have been initiated, and many are flourishing.

One of the most salient points made in Bonsai People is that poverty is not caused by laziness, class oppression, or some flaw in the person. Poverty has its roots in social, economic, and political systems, and many more experiments are needed to tear these systems down. Perhaps this radical understanding of poverty lies behind the government of Bangladash's attacks on Yunus and the pressure which forced him to retire from the chairmanship of Grameen Bank. 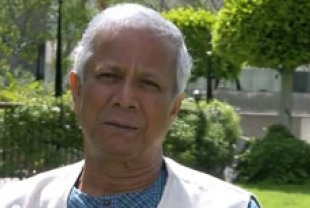 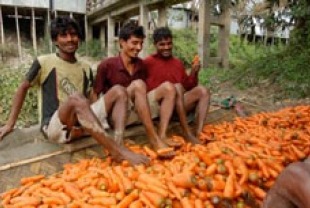 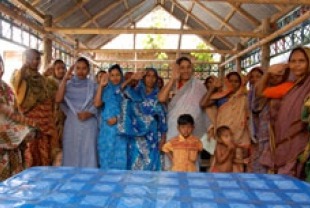