Directed by Fernando Truebe
A Spanish animated film for adults that is a real crowd-pleaser.

In the opening scene Chico (voice by Emar Xor Ona with songs performed by Bebo Valdes) is a lonely old man living in Cuba and shining shoes in order to pay his bills. At his small apartment, he tunes in a radio and hears a familiar tune he wrote many years ago.

In a flashback, Chico is a talented young piano player who has dreams of a being a jazz star. It is 1948 in Cuba and he enters a club with Ramon, his manager, and two girls. When Rita (voice by Limara Meneses with songs performed by Idania Valdes) appears on stage to sing, he is mesmerized by her voice and seduced by her voluptuous figure.

Chico is convinced that the two of them can conquer the world as a jazz musical team. Only trouble is, she is tough cookie who has trained herself to be cautious of dreamers who promise the world but turn out to be a disappointment. Chico and Rita do enter a contest with a song he wrote for her and come in first. After an evening of sex, it looks like he may be winning her over. But his womanizing drives Rita away to a rich man who takes her away to New York City where he orchestrates a successful career for her. Chico has a brief shot at fame and glory as an old man but it is not with the love of his life. Then, yearning for her presence, he goes on a search for Rita.

Javier Mariscal, co-director and designer, has created an astonishing array of urban settings for Havana, New York, Paris, Hollywood, and Las Vegas. Each offers a memorable array of cityscapes. Although we are not fans of jazz, the original soundtrack by legendary Cuban pianist, bandleader and composer Bebo Valdes has its special charms.

Similar to Sylvain Chomet's The Illusionist, this is an animated feature made for adults who are open to seeing something different. Judging from the usually unheard of applause at the end a screening for critics, Chico & Rita is a real crowd-pleaser!

Special features on the DVD include: the making of Chico & Rita featurette; an audio commentary with directors Fernando Trueba and Javier Mariscal; and the U.S. trailer. 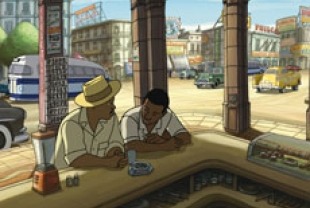 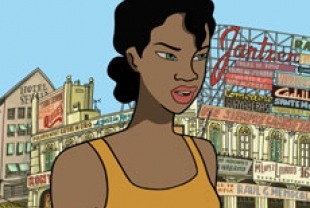 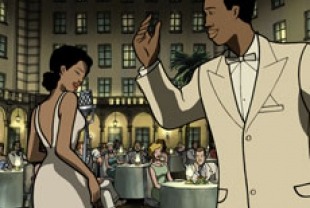 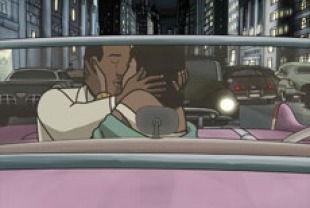 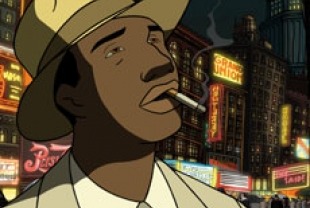