Directed by Dan Lindsay
An inspiring documentary about a caring coach of a losing inner-city football team.

All of the African-American players on the Manassas High School football team live in the inner city of Memphis, Tennessee. The closing of the Firestone tire plant in the 1980s has had a dire impact on the community. Recent budget cutbacks in the high school have hobbled the sports program. Without proper equipment, the team has endured a long losing streak, season after season. In order to raise money, they are forced to play "pay games" with rival powerhouse schools. Throughout the school's 110-year history, no Manassas team has won a playoff game.

In this emotionally rich documentary directed by Dan Lindsay, center stage is given to Bill Courtney, who for six losing seasons has served as a volunteer coach for the Tigers. He owns and operates a lumber company and has a large family that he doesn't see very often on account of his commitment and dedication to the players. Like the feature film The Blind Side, which was based on a true story, this film shows a white coach trying to pull off a miracle with an all-black team.

Courtney is an enthusiastic leader who excels at giving inspirational speeches to his players who seem at first to lack the drive and the determination to become winners. Their coach tells them again and again that the perception in the state is that the young men from Manassas High School lack the spunk to come back once they are losing a game. Courtney wants them to keep in mind the three qualities shared by successful teams: character, discipline, and a willingness to sacrifice individual needs for team solidarity.

Just when Manassas starts winning a few games, more challenges crop up for the coach to handle. O. C. Brown, an aggressive right tackle and the only member of the team to achieve national attention, is headed for a big college career when his grades plummet. Since no tutor will travel to the ghetto to work with him, an assistant coach takes him into his fancy home.

Another player favored by the coach is Montrail "Money" Brown, an offensive lineman who gives 100% every game and excels in school as well. However, his days as a football player are put in jeopardy when he is seriously injured on the field.

The final youth whom Courtney spends extra time with is Chavis Daniels, a junior linebacker who has recently been released from prison and has a serious anger management problem. After several incidents which threaten to pull the team apart, he is suspended.

Courtney's caring coaching style shows itself vividly at work with these three players. He is an inspiring model of leadership and the kind of moral mentor needed by youth today. 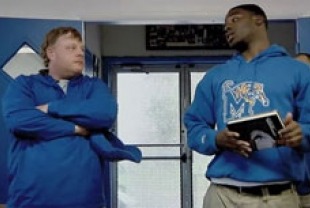 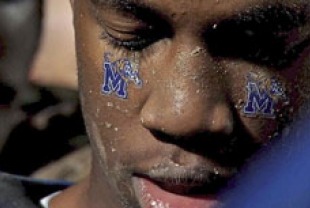 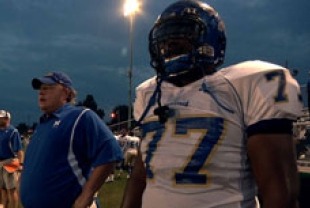 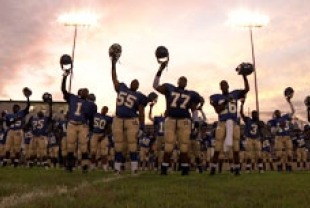