Directed by David Wain
A comedy that hums right along and delivers plenty of laughs.

George (Paul Rudd) and Linda (Jennifer Aniston) are ecstatic after purchasing a "micro-loft" (i.e. a studio apartment) in the West Village. But fate deals them a heavy double blow when the financial firm he works for is closed by the feds and she is given a thumbs-down by HBO on her depressing documentary about penguins. Without money or work, they decide to move in with George's successful brother Rick (Ken Marino) in Atlanta and his wife Marisa (Michalea Watkins).

But driving south, they stop at what they think is a motel but actually turns out to be a commune named Elysium founded by Carvin (Alan Alda) and led by the creative and charismatic Seth (Justin Theroux). In one night, George and Linda are introduced to a lifestyle that contradicts everything they have been seeking in New York City. After spending some time with his obnoxious and competitive brother who has made a fortune selling portable toilets, they decide to go back there and give the commune a try for a couple weeks.

George starts out liking the place but fares poorly in an honesty session with the gathered community. He also is baffled by what to do when Eva (Malin Akerman) wants to have sex with him. Meanwhile, Linda finds herself having a ball as a vegetarian, a free spirit, and a rebel willing to stand up against some greedy developers who want to put up a casino on the Elysium land.

David Wain directs this frolicsome comedy which he co-wrote with Ken Marino. The laugh master Judd Apatow served as one of the film's producers. Paul Rudd is perfectly cast as the conflicted husband who must choose between his wife and the conventional life he seems destined to achieve. Jennifer Aniston has a lark playing a woman who has gone through many careers and hobbies without ever finding her one passion. The ensemble actors playing the kooky members of the commune all seem to be having a good time as well. Wanderlust is a comedy that hums along and delivers plenty of laughs.

Special features on the DVD include "Wanderlust: the bizarro cut!"; "God Afton! behind the scenes of Wanderlust"; "Wainy days: Elysium"; a gag reel; and Line-o-rama. 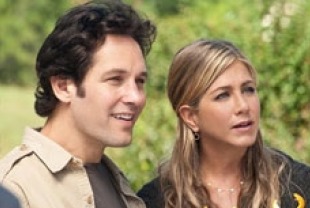 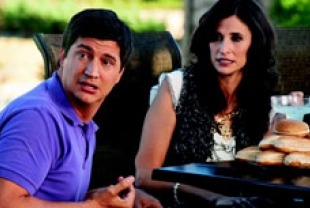 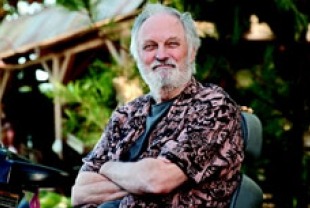 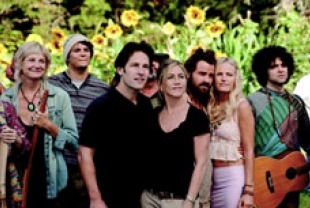