Directed by Philippe Falardeau
An emotionally charged drama about a caring and compassionate man who helps some grief shaken children deal with the suicide of their teacher.

In The Enigma of Suicide,George Howe Colt writes: "The suffering of survivors is acute after any death, but the grief inflicted by suicide may be the hardest of all to bear. In addition to shock, denial, anger, and sorrow, the suicide survivor often faces an added burden of guilt and shame. Although the pain is over for the one who died, and his problems, in their way, answered, the survivor is left only with questions. Suicide is the cruelest death of all for those who remain.  . . each day the survivors face the gut-wrenching struggle of asking themselves why, why, why?"

Suicide is a difficult subject to handle in a film and few directors have the courage to take on such a project. Philippe Falardeau is at the helm of this sensitive rendering of the aftermath of the suicide of a beloved elementary school teacher. The director draws out natural and remarkable performances by the children in her class who are at the hub of this very emotional drama set in Canada. Monsieur Lazhar has been nominated for Best Foreign Language Film at the the 2012 Academy Awards.

Simon (Emilien Neron) and Alice (Sophie Nelisse) are both outsiders at their school. While others play together with their friends, they stand off to the side. One morning, Simon is shocked when he discovers the hanging body of their teacher Martine Lachance in their classroom. An incident that happened between them in the past causes him a great deal of pain and guilt. He becomes very aggressive, much to the sadness of other teachers in the school.

When Bashir Lazhar (Mohamed Fellag), an Algerian immigrant who claims to have taught school for 19 years, expresses interest in the empty teaching position, the school principal (Danielle Proulx) hires him. At first he has trouble with the class since they are used to Martine's teaching style, but he gradually wins their respect by acknowledging his own vulnerabilities and honestly expressing his opinions to them when asked. His favorite student turns out to be Alice who loves the beautiful colors of Algeria and shares her raw feelings about the suicide in a courageous speech. She doesn't see much of her single parent mother who is an airline pilot.

One of the reasons why Bashir is so transfixed with the suicide and the grief of his students is that he has been a victim of violence. His wife and children were targeted and killed in a bomb explosion by terrorists in Algeria. When the school psychologist's suggestions don't seem to be helping the children, Bashir tries his own approach, but this gets him in trouble.

Monsieur Lazhar opens a window to the knotty problem of suicide which has long been a taboo topic. As Colt reminds us in The Enigma of Suicide, only 200 years ago in England suicides were buried at a crossroads with a stake through their hearts. We are grateful to those behind this touching story for showing us the aftereffects of such a tragedy and what wonders can be done by caring and compassionate souls like Bashir Lazhar.

Special features on the DVD include: "From Stage to Screen"; a big talk interview with Philippe Falardeau; Alice and Simon audition tapes; Bachir's story; and Alice's report. 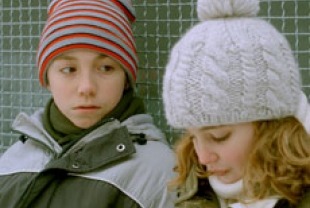 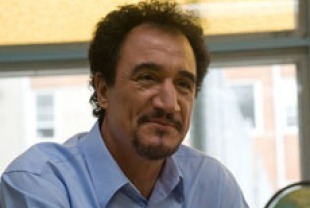