Directed by Daniel Auteuil
A tour de force remake of Marcel Pagnol's 1940 film about love, loss, class, forgiveness, and transformation that come from the heart.

The well-respected and seasoned French actor Daniel Auteuil has chosen to debut his directing career with a remake of Marcel Pagnol's 1940 film. Those of you who familiar with Auteuil's astonishing career will remember his incredible performances in Pagnol's Jean de Florette and Manon of the Spring. Here we are again in the French countryside and small villages where class differences separate the rich from the poor and no one is afraid to admit it. Many believe it is God's will or part of some divine lottery. But as Pagnol makes clear in this morality play, sometimes the well-to-do also have their emotional burdens to bear.

Pascal Amoretti (Daniel Auteuil) is a hard-working well-digger who has been saddled with the responsibility of raising six daughters on his own after the death of his wife. Luckily, Patricia (Astrid Berges-Frisbey), his eighteen year old who was raised and educated in Paris, has returned home to help her father take care of her sisters. When his co-worker and friend Felipe (Kad Merad) asks Amoretti to consider giving Patricia away to him in marriage, he agrees.

Meanwhile, his "princess" has had several flirtatious encounters with Jacques (Nicholas Duvauchelle), the cocky son of the village's rich hardware store owner (Jean-Pierre Darroussin) and his wife (Sabine Azema). He romantically carries her across a stream and gives her a ride on his motor-bike. Felipe takes her to an aviation show where Jacques shows off his skills as a pilot. He convinces her to sneak away to meet him and later, when Felipe is too drunk to drive home, Jacques takes her on his bike.

Patricia who is unschooled in romantic matters allows herself to be seduced by Jacques who already has a reputation for being a womanizer. She turns down Felipe's proposal of marriage and arranges another meeting with Jacques. But he has suddenly been called to report for military duty in Africa and sends his mother with a letter explaining what has happened. However, seeing how beautiful Patricia is, his mother passes her by and burns Jacques' letter. The sad and disappointed Felipe also goes off to war, after learning from Patricia that she is pregnant.

In one of the most dramatic moments of this exquisitely acted story, Amoretti marches his entire family to the home of the hardware owner and his wife and then with a sensitivity and gentleness that is not in his nature explains what has happened to Patricia and pleads for them to do the right thing. Their selfish and irresponsible response angers Amoretti who sees that he has no choice but to send Patricia away to live with his sister in another village where she can raise "the bastard child."

Director Daniel Auteuil has followed in the spirit of Marcel Pagnol by infusing this tale of love and class conflict with appreciative shots of the beauty of the natural world. The lensing by Jean-Francois Robin (Nelly and Monsieur Arnaud) is masterful and beguiling as is the music by Alexandre Desplat.

Best of all are the top-drawer performances by the lead characters in this drama: Daniel Auteuil's memorable depiction of Amoretti, a hard worker whose love and anger towards Patricia are at war in his besieged soul; Astrid Berges-Frisbey's enchanting performance as the princess whose good heart lights up the lives of those around her; Kad Merad's touching portrait of Felipe who shows what can bloom out of the life of a good man; and Jan-Pierre Darroussin's moving role as the rich store owner who steps outside his pride and prejudice to become a different man.

The last section of The Well-Digger's Daughter contains several surprising twists and turns as the characters draw out the best in each other. In the process, they give us hope that we, like them, can remain open to the rewards and blessings of love, forgiveness, and the transformations that come from the heart.

Screened at the Rendev-Vous with French Cinema 2012, Film Society of Lincoln Center, March 2012. 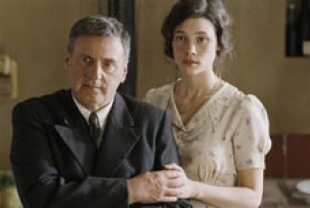 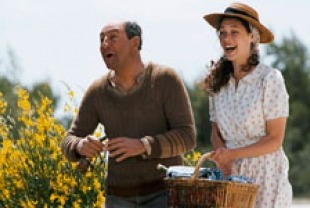 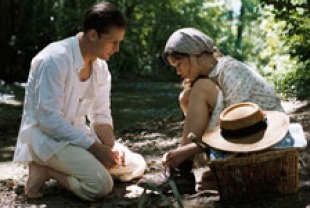 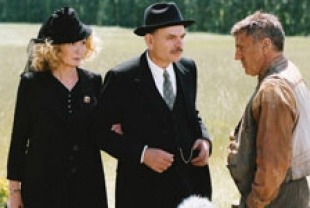