This Is Not a Film

Directed by Jafar Panahi, Mojtaba Mirtahmasb
A clandestine last gasp of freedom from one of Iran's most creative and controversial film directors while under house arrest.

Jafar Panahi is one of Iran's most creative and controversial filmmakers. His first feature, The White Balloon, (1995) charts the quest of a determined little girl to purchase a goldfish for the New Year's celebration. In the same spirit, The Mirror, ( 1997) explores the disarming ways in which children express their distinctive personalities without modesty or grandiosity.

In The Circle ( 2000) Panahi presents a riveting drama set in modern-day Teheran that shows how a group of women, severely constrained by the patriarchy, religion, and custom, nevertheless nurture their souls with the tonic of freedom. Crimson Gold (2003) depicts the growing chasm between the rich and the poor in Teheran. Offside (2006) is a funny and poignant film about some passionate female soccer fans that ends with a mystical moment of oneness.

In December of 2010, this extraordinary Iranian film director received a 6-year prison sentence and a 20-year ban from filmmaking thanks to his support of the opposition party in the 2009 election. This clandestine film is a last gasp of freedom as he awaits word of his appeal (which was denied in October.) It was shot by his good friend Mojtaba Mirtahmasb on an iPhone and a digital camera and smuggled into France in a cake for submission to Cannes.

Panahi eats his breakfast and talks to his lawyer about his case. He reads from a screenplay that was censored by the authorities. His pet iguana tries to become a major star by stealing certain scenes crawling over Panahi's body and then to the top of a bookcase. He shows how he would use the room in a new film about a woman locked up by religious parents. He also interviews a college student who has come to pick up the trash.

Under house arrest, Panahi seems apprehensive about his future and we find ourselves deeply concerned about his safety as well. Yet even in this perilous situation, he manages to continue saluting freedom and condemning tyranny. 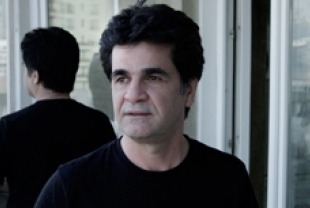 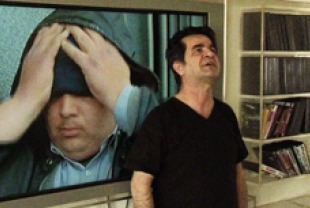 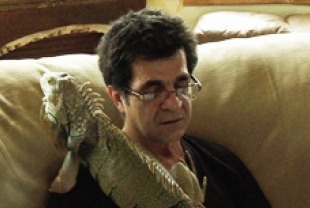