Directed by Paul Weitz
A homeless father and a troubled son are reunited for an uneasy and revealing encounter which changes them both.

Jonathan (Robert De Niro) is a cab driver caught up in his own story that he is one of the three greatest writers in America along with Mark Twain and J. D. Salinger. He lives in a dingy apartment having walked out on his wife (Julianne Moore) and son years ago. Since then he's served some time in prison for passing bad checks. When he loses his cabby job and is evicted from his place after beating up a neighbor, he asks friends for help to no avail. Next he turns to his son Nick (Paul Dano) for assistance; he has not seen him in 18 years.

This confused young man writes poetry and is still trying to find his path. He is caught up in feelings of guilt about having been the cause of his mother's suicide. He also has a storehouse of negative feelings about his irresponsible father and can't get away from the idea that Jonathan never loved him. Even though he already has two roommates, he reluctantly gives his father shelter. But soon Jonathan hits the road again buoyed up by more fantasies about his imminent success as a writer.

Nick's girl friend Denise (Olivia Thirlby) convinces him to join her at a local homeless shelter where she works. He turns this job into a spiritual teacher and is gratified by what he learns. Then Jonathan shows up there one night, and Nick finds himself enmeshed again in toxic feelings towards him. Nonetheless, he is compassionate when he realizes how far his alcoholic father has fallen.

Being Flynn is directed by Paul Weitz based on the memoir by Nick Flynn. He draws out stellar performances from Robert De Niro and Paul Dano who make the most of their awkward and unruly father-son dance. Jonathan's favorite saying, "We are put on earth to help other people," is often used by this cantankerous old man as a judgment on the selfishness of others. Can Jonathan and Nick forge a new relationship by helping each other despite all the anger and alienation from the past? Letting go of old tapes is the way to go but it sure takes a lot of patience and courage to do so!

Special features on the DVD include the heart of Being Flynn. 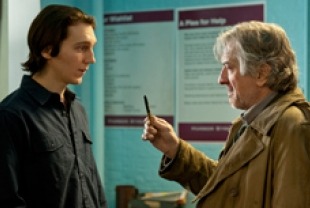 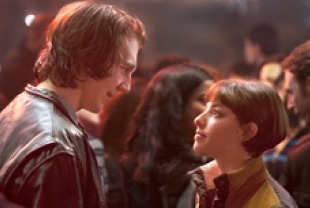