Directed by Mohammad Rasoulof
A portrait of life in Iran through the eyes of an oppressed woman lawyer who yearns to escape to freedom.

In our review of Iranian filmmaker Mohammad Rasoulof''s Iron Island (2006), we summed it up as a sturdy, thought-provoking, and clever fable about Iran and the universal struggle to survive. In 2010, this talented writer and director was arrested with Jafar Panahi, another gifted filmmaker, and charged with collusion against the Iranian government. Both men are under house arrest and facing stiff prison sentences.

The atmosphere that has resulted in this authoritarian repression of creative souls is vividly conveyed in Rasoulof's Good Bye. Noura (Leyla Zareh) is a lawyer in Tehran who has been disbarred for her protest against the government. While she is unable to use her skills in the court room, one of her female clients is hanged. Besides having no work, she is pregnant and alone. Her husband, a former political journalist, is working in the southern part of the country in the desert.

Noura has decided that she can no longer stand living in Iran; she has begun working with an off-the-books specialist who handles escapes from the country. Her only companion during this high-anxiety period in her life is a pet turtle whom she carefully looks after on a daily basis. In one of the film's most dramatic sequences, two plain-clothes policemen harass her in an elevator before doing a thorough search of her apartment. In the process, they violate her home leaving her with the feeling of being trapped. We see the turtle frantically trying to escape the tray Noura has put him into with water.

Rasoulof has created a slow-moving film about a country where freedom has been so diminished that it can only be envisioned through an escape to another place. At one point Noura says that it is time to leave Iran since it feels like a foreign country. The choices of the average citizen are being abridged. We see two men take away her satellite dish. But far worse are the humiliations Noura feels as an educated woman when she is restricted in her actions because she is not accompanied by her husband or received his permission. 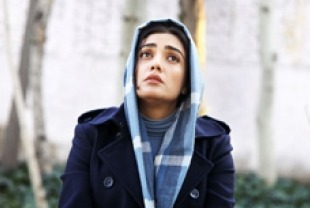 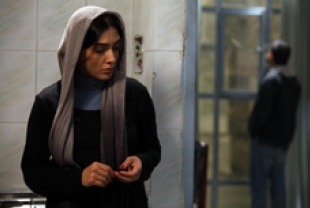