An Encounter with Simone Weil

Directed by Julia Haslett
A compelling documentary about Simone Weil, a French philosopher, activist, and mystic whom writer Albert Camus called the only great spirit of our time.

Simone Weil (1909 - 1943) was a French philosopher, activist, and mystic whom poet T. S. Eliot called "a woman of genius, of a kind of genius akin to that of saints." Christian journalist Malcolm Muggeridge said of her, "In my opinion, the most luminous intelligence of the twentieth century." And the great writer Albert Camus described her as "the only great spirit of our time."

The immense respect and fascination of these three very different men is shared by filmmaker Julie Haslett who was drawn to Simone Weil when she read the following: "Attention is the rarest and purest form of generosity." It marked the beginning of a six-year quest to find out all she could about this extraordinary woman.

In her research for this documentary, Haslett discovers that one of the distinguishing qualities of Weil was her empathy. Weil wrote:

"Human beings are so made that the ones who do the crushing feel nothing; it is the person crushed who feels what is happening. Unless one has placed oneself on the side of the oppressed, to feel with them, one cannot understand."

At six years of age, Weil stopped eating sugar in solidarity with soldiers during World War I, and she went without heat in her identification with workers at a factory.

There is a Buddhist and Taoist flavor to Weil's need to experience things rather than just think or talk about them. That is why she worked on a Renault assembly line and participated in the Spanish Civil War on the side of those against the Fascists. Haslett sees these endeavors as illustrations of her exploration of the question: "What does human suffering demand of us?" The filmmaker is no stranger to suffering: her father committed suicide, and her older brother is in a life-and-death struggle against depression.

In a final creative twist, Haslett feels so drawn to Weil that she sorts through hours of old film footage of French communist rallies for a fresh glimpse of her face. When that fails, she interviews some of the activist's relatives. Her final solution is to have actress Soraya Broukhim play Simone Weil in dialogue with her. Haslett is puzzled by her heroine's turn to Catholicism near the end of her life, although she never converted from Judaism nor did she join the church.

Haslett seems to have come away from the experience of making this documentary with a greater sense of the mysteries of Simone Weil and a deeper appreciation for her moral stature. While in London, this extraordinary woman caught tuberculosis and was hospitalized. Still empathizing with others, Weil chose to eat only the same limited rations that men, women and children did in occupied France during 1943. She was only 34 years old when she died. 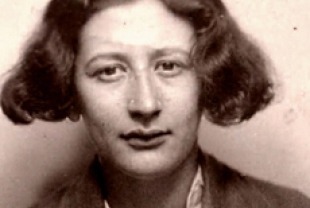 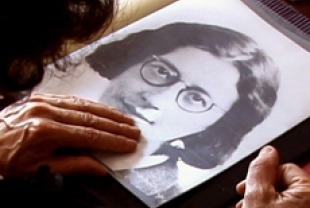 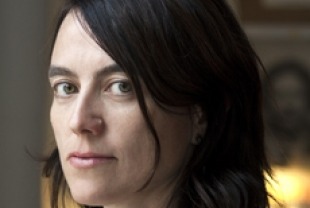 Simone Weil and the Intellect of Grace by Henry Leroy Finch