Madalena (Sonia Guedes) arises early in the morning to make bread. She then walks down the railroad tracks to the shop run by Antonio (Luiz Serra). He gets upset with her for not allowing him to arrange the breads in his own special way; this is a spat they have every day. They take a coffee break together and he comments on the weather. Then, trying to stay active, Madalena cleans the gate of the locked cemetery and attends church. In the evening, Madalena writes to her deceased husband. The routines which she and others have put into place serve them well as their bodies age and grow more infirm.

This Brazilian village has only eleven elderly inhabitants including the priest (Josias Ricardo Merkin) who sees most of them daily in church. When Rita (Lisa E. Favero), a young photographer, shows up and wants a room, Madalena offers her a place to stay. At first the older woman doesn't trust or understand this stranger. She taken aback that Rita is traveling alone and doesn't seem to mind. She talks with some of the male villagers and soon there is gossip about her and her alien ways.

In her first feature length fiction film director Julia Murat has made a parabolic tale about the challenges of aging, the use of routine as a stay against change, the slow blooming of friendship, and the hard lessons of letting go and starting over. This is the kind of slow-paced drama that must be allowed to simmer in the mind, the body, and the soul for a while. Then it is possible to feel its quiet and subtle depiction of a miracle of sorts which transforms a stranger into a new dimension of being.

Special features on the DVD include: closed caption and a bonus short film: Land of the Heroes. 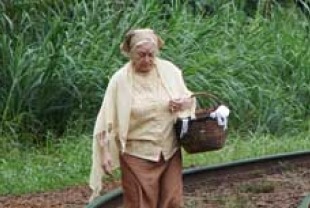 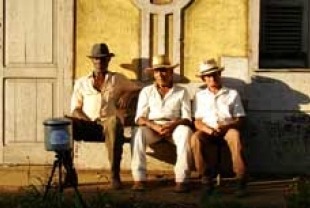 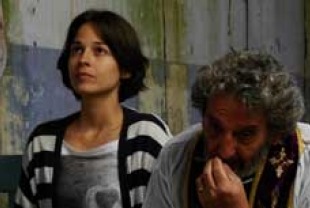