Directed by Emad Burnat, Guy Davidi
A remarkable documentary which charts the impact on a Palestinian village, and one of its children, of Israeli oppression during the past five years.

Emad Burnat lives with his family in Bil'in, Palestine, where his elderly father still tends the land, which is mainly rock and dry earth. On the birth of Gibreel, his fourth son, the Israelis begin destroying olive trees near his home. With his camera, he follows the infant's journey alongside five years of West Bank protests against the expansion of Israeli settlements and the barrier wall cutting Bil'in's peasant residents off from their property.

Burnat narrates this telling and hard-hitting documentary which shows concretely the unrelenting attack on the rights, the dignity, and the land of the Palestinian people. There are some protesters from Israel and other countries in the world who identify with the causes of the underdogs.

As a filmmaker and resident of Bil'in, Burnat has immense respect for Phil and Addeb, the two fearless leaders whose energy is transmitted to the locals who might otherwise stay at home instead of join a weekly demonstration. As we watch the large numbers of Israeli soldiers with their superior firepower and brutal tactics (using rubber coated bullets and tear gas), we see what Mahatma Gandhi and Martin Luther King, Jr., meant when they said that nonviolence takes more courage and inner strength than most believe.

At the same time, we are witnesses to the impact on little Gibreel's soul and psyche of being constantly exposed to violence, fighting, death and destruction. The first words he utters are "wall, "cartridge," and "army." And one day at age five, the boy asks his father: "Daddy, why don't you kill the soldiers with a knife?"

It's obvious through this five-year journey that Israel has watered the seeds of violence in this child and other Palestinian youth (in one sequence they are hauled off to prison), and the anger that results will be bad news for all citizens of Israel in the future.

It is a smart and satisfying strategy to structure the documentary around Burnat's five cameras (one by one they are shot or smashed) and his experiences with them as he films daily arrests, scary confrontations, the death of friends, and night raids. The filmmaker is committed to keeping a record of what is happening to his people in this David vs. Goliath conflict. Understandably, his concerned wife wants him to stop, fearing that he is putting his own life in jeopardy. But we know that Burnat will be encouraged to continue when people around the world realize what a remarkable documentary he has created about the untold stories of the Palestinian struggle over the past five years.

Special features on the DVD include a short film by director Guy Davidi; interviews with Emad Burnat and Guy Davidi; a trailer; and "About Greenhouse." 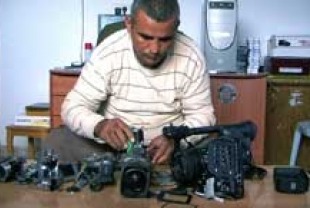 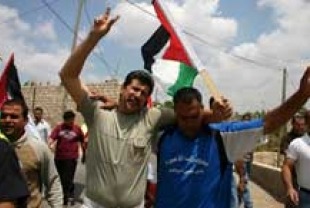 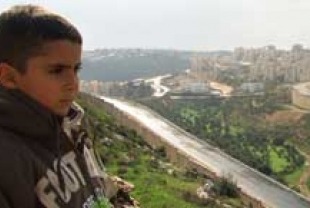