Directed by Richard Linklater
An inventive drama about a gregarious assistant funeral director in a small Texas town where he is widely cherished.

In her bestselling book Dakota: A Spiritual Geography, Kathleen Norris writes about life in a small town where everyone knows a lot about everyone else. Maybe everybody is not related by blood, but they are deeply interrelated. Norris illustrates what this means by stating that some residents can "recognize each other's footsteps in the hall." In an excerpt from the book, instead of lambasting gossip as the singular poison of small towns, she claims that it can serve a noble purpose: it is a safety valve that can strengthen community.

Richard Linklater is the director of Bernie, a dark comedy based on the Texas Monthly article "Midnight in the Garden of East Texas" by Skip Hollandsworth. It presents a rounded and robust portrait of an extremely sociable assistant funeral director in the small town of Carthage, Texas. He makes quite a positive impression on the elderly women in the community who see him as a very kind and special person. But his gregariousness eventually leads him into a relationship that changes his life irreparably. Linklater uses actual residents of Carthage to serve as a sort of Greek chorus sharing their feelings about the major themes of his unusual spiritual drama. Gossip plays a dominant role in this small town life when it is rocked by a terrible murder.

This film is based on a true story and we recommend you see it not for the details of the plot but the development of its characters. In the opening scene, Bernie (Jack Black) demonstrates his mastery of and reverence for the art of preparing a corpse for an open-casket funeral service. Every detail is handled with love and full attention. Bernie is proud of his work and his boss is astonished by the good will this young man generates especially among the elderly widows of Carthage. They marvel at his continuing care for them after the memorial service is over; they are impressed with his vibrant Christian faith and beautiful singing voice; they are deeply touched by his many acts of kindness and generosity for those who are in need of comfort and a helping hand. And they wonder where Bernie finds the time and the energy to participate in musicals and plays that are evidence of his devotion to the arts.

But when this exemplary Christian shows kindness to Marjorie Nugent (Shirley MacLaine), the town's wealthiest and most hated citizen, he takes a fateful step. No one has anything to do with her including her own family members who haven't spoken to her in four years. Bernie's charm and sweetness work wonders on this rich and eccentric woman who has been ridiculed as having "a prune face." Before the major gossipers know what is happening, he starts to work for Mrs. Nugent and they take expensive trips abroad.

Then suddenly, she reverts to her old jealous, domineering, and critical self. Bernie goes from bliss to a growing anger toward Mrs. Nugent's control over every minute and aspect of his life. In a moment of rage, he shoots her in the back four times.

The trial that follows features Matthew McConaughey as an ambitious District Attorney who is peeved by the lack of moral outrage in Carthage against Bernie. Instead the townsfolk rally behind him. Jack Black gives an amazing performance as this larger-than-life character whose sexual proclivities are unknown and who shows little remorse for his anger-driven and spur-of-the-moment act of murder.

From the antics of Slacker to the thought-provoking Me and Orson Welles, writer and director Richard Linklater has given us an unending stream of authentic independent films that take us to strange places and introduce us to colorful characters who stretch our souls and send us back to our own experiences with fresh eyes. Bernie fits perfectly in this tradition. 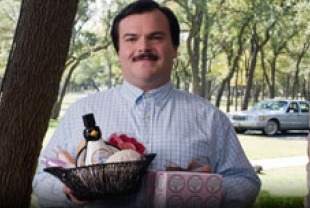 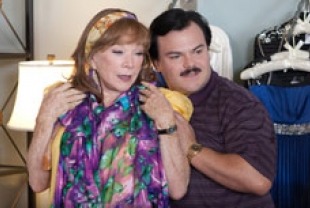 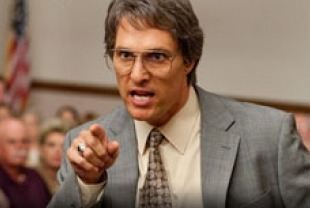 How the Garcia Girls Spent Their Summer

Lars and The Real Girl