Directed by John Madden
A top-drawer dramedy about a band of English retirees in India and the challenges and transformations they undergo.

Courage is the power to let go of the familiar.

Evelyn (Judi Dench) lives in London and is adrift on a sea of troubles. Her domineering husband of 40 years has died and left her drowning in debt. Seeking an alternative to moving in with her son, she finds the website for the Marigold Hotel for the Elderly and Beautiful in Jaipur, India, which bills itself as an inexpensive retirement home for British citizens and is offering free passage to the first guests. Evelyn musters all the courage she can find and promises to let her son know what is happening to her through a blog. This journey signals her declaration of independence as an elder.

Muriel (Maggie Smith) is a retired live-in housekeeper who is still boiling with resentment over the shabby treatment she received from her employers. In addition, she is upset over the news that she needs an expensive hip replacement operation which she can't afford. She learns that she can have the procedure done in India and recuperate in the Marigold Hotel. But the thought of travel repulses her along with the idea of being in close contact with Indian men. Her xenophobia is quite shocking, and she has no qualms about expressing it.

Graham (Tom Wilkinson) is a retired London High Court judge who spent some time in India early in his life. In the group heading for the Marigold Hotel, he is the only one who has been to the country before. Graham has a private agenda for his journey, a secret identity, and a health crisis.

Douglas (Bill Nighy), a cheerful, patient husband, and dutiful father, is married to Jean (Penelope Wilton), a relentlessly negative woman who finds it nearly impossible to say anything positive. He lent their daughter the money in his retirement fund so now their options are few. The Marigold Hotel is more appealing than the dreary retirement home they visit in their community.

We thank our lucky stars when once in
a blue moon we find rare and kindred souls
along the pathways of our lives.

Madge (Celia Imrie) is a petite and attractive woman who has been married and divorced many times. She is still looking for romance and a man of wealth. She lives on her own private pleasure planet and doesn't give a rip about fitting in anywhere. For her, the Marigold Hotel is just a place to stay while she visits social clubs where expatriates with money might be hanging out.

Norman (Ronald Pickup) is a kindred spirit to Madge only he has never been married. In London, he has no luck with dating services because he comes across an old geezer to all the young women. Norman is animated by sexual desire and has high hopes of finding a passionate woman in India.

Wherever there is enthusiasm, there is
creative empowerment that goes far beyond
what a mere person is capable of.

The ambitious young man who brings these seven strangers together is Sonny Kapoor (Dev Patel), the enthusiastic manager at the Marigold Hotel. It turns out to be a run-down remnant of its glory days. Instead of the luxury and elegance promised on the website and brochure, the place is infested with dust, birds, cockroaches, pipes that leak, and telephones that don't work. Kapoor is busy trying to woo an investor when his controlling mother shows up and wants to close the place down. She sees her youngest son as an irresponsible dreamer just like his father. She also doesn't approve of his girlfriend, Sunaina (Tena Desae), whom he wants to marry.

Adventure is the champagne of life.

It is fascinating to watch the different ways these English men and women respond to the challenges and delights of the sights, sounds, smells, and flavors of India with its teeming masses, hot weather, and spontaneous rituals. Evelyn picks up immediately on the adventurous turning of her life. She gets a job as a "cultural adviser" at a call center demonstrating to the phone salespersons the best ways to talk to English and American clients. Graham loves being back in India, and Douglas has a ball visiting temples and other local spots.

Misery is a communicable disease.

Muriel, who has a hatred of all things foreign, calls the place "a living Hell." Jean, meanwhile, frightened of disease and alienated by the hugger-mugger of the streets, stays at the hotel far from the crowds reading a book. She and Muriel, who is in a wheelchair recovering from her operation, refuse to live in the present moment. Their misery is a turn-off to the others, and it gets them both into embarrassing situations.

My life has a superb cast
but I can't figure out the plot.

Director John Madden (Shakespeare in Love) has a knack for character-driven films filled with people trying to decipher the meanings and the mysteries in their lives. This top-drawer dramady has been adapted from the novel These Foolish Things by Deborah Moggach. It's based on the intriguing premise that with so many people living so long, it would make sense for England and other countries to outsource their elders to India where they can be taken care of for less money and no drain on budgets of Western nations. In the press notes, screenplay writer Ol Parker states:

"I saw an opportunity to create a romantic comedy for a different generation, centered on people in their 60s and 70s. What was appealing to me is that as we get older, we tend not to stray out of our comfort zones. I loved the idea of taking this group of people and putting them somewhere where they are completely out of their element. I also enjoyed the idea of a love story about men and women who have had a whole lifetime of experience."

Although The Most Exotic Marigold Hotel is a comedy, it takes within its embrace a number of very relevant and important dimensions of this elder stage of life: the impulse to do life review, health crises, financial short-falls, disappointments, the looming prospect of death, changes in marital relationships, the continuing desire for companionship, and spiritual openness. Best of all is the message that you can teach an old dog new tricks. A change of milieu for some of the characters opens them up to new possibilities and for a few — total transformation. All that is needed is an open heart, an open mind, and patience. Then the magic can happen. As Sonny Kapoor reminds us:

"In India, we have a saying — everything will be all right in the end. So if it is not all right, it is not yet the end."

Special features on the DVD include: behind the story: lights, colors, and smiles; and casting legends. 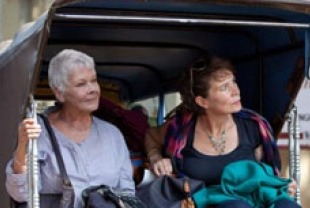 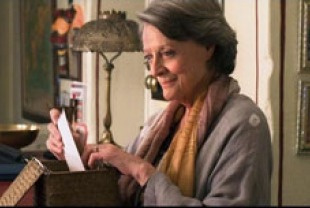 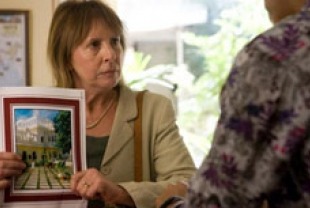 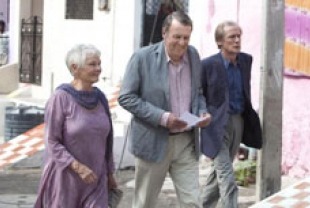 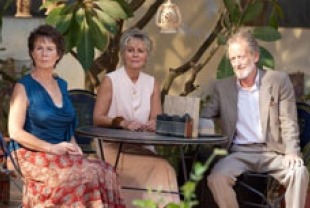 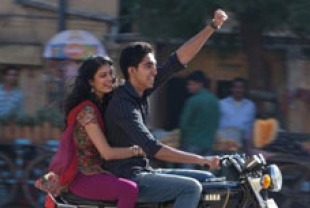