Directed by Fernando Leon de Aranoa
A meditative Spanish film about a young woman's quest to escape poverty and establish an independent life of her own.

Nelson (Pietro Sibille) is a poor Bolivian immigrant who lives in the slums of Madrid. He earns a very meager living by having some young men steal discarded flowers at the garbage dump and bring them to his apartment where they are washed, revived in the refrigerator, given a flowery scent, wrapped, and sent out to be sold on the streets and in shops. Nelson is convinced that this work will always be available to him given the fact that there are three things we all experience: love, life, and death. And all three have a connection with flowers, which symbolize hope, affection, beauty, success, and more.

Nelson's pretty girlfriend Marcela (Magaly Solier) is worn-out and tired of the business which takes all of her time and energy. When Nelson tells her that they need a new refrigerator, she is very upset, worrying that they will not be able to make the payments in time. He suggests that she get a job.

Yolanda (Sonia Almarcha), a rich woman, hires Marcela to serve as a caretaker for her ailing father, Amador (Celso Bugallo). In his apartment, Marcela is surprised when he notices that she is pregnant; something that has not been surmised by Nelson. The dying old man touches Marcela's heart when he puts his hand on her stomach and promises the infant in her womb that he's on his way out of life and will leave a spot for the baby in this crowded world. When he does die, his caretaker is fearful that there are still weeks to go before she is paid the full amount promised by Yolanda. What can she do?

Writer and director Fernando Leon de Aranoa explored the catastrophic consequences of a group of unemployed men in Mondays in the Sun, a serious and sobering film that impressed us immensely. This is a more meditative film with many close-ups of Marcela as she comes up with a plan that she hopes will ensure her survival and an independent life away from Nelson. She receives some help from Puri (Fanny de Castro), a prostitute who saw Amador every week, providing him with a small helping of pleasure. A priest answers some of the questions which have been bothering Marcela since the old man's death.

Amador effectively conveys the oppressive burdens of poverty upon Marcela and the courage it takes for her to become more resilient in her quest for a new life. Her actions lead to the renewal that spiritual teacher Andrew Harvey writes about when he says: "The very things we wish to avoid, neglect, and flee from turn out to be the 'prima materia' from which all real growth comes." 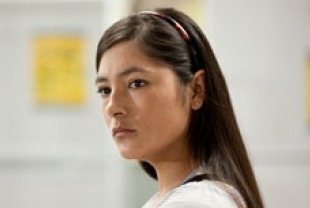 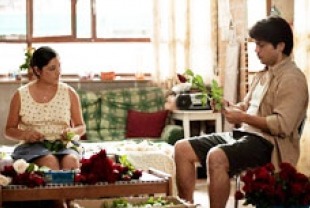 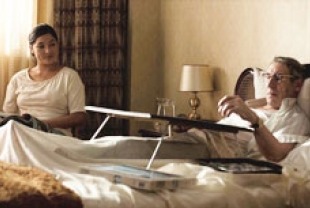 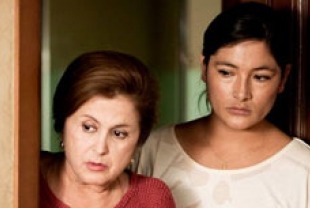