Directed by Maiwenn
A sizzling French drama about a courageous team in a Parisian Child Protection Unit struggling with the daily deluge of crime and chaos.

We remember the sizzle of the old television police series Hill Street Blues, set in New York, and Homicide: Life on the Streets, set in Baltimore, where the cops and their superiors were always overwhelmed by the deluge of crime, violence, and corruption on the streets of the city. Of course while their lives depended on the alertness and skills of their partners, there were also angry clashes and emotional explosions among the officers due to the stress of the job.

Polisse is a French crime film that has similar dramatic spunk with its glimpses into the lives of a Child Protection Unit in Paris. Winner of the Jury Prize at the 2011 Cannes Film Festival, it is directed by Maiwenn. She plays a photographer hired to chart the heroic work of a team of officers whose camaraderie serves as a firewall between them and burnout or mental breakdown.

The film begins with the case of a little girl reporting that father scratches her butt and ends with a boy gymnast getting back to his old self after his teacher is caught abusing him. Most of the investigators are so overworked and stressed out that they are divorced, separated, or having a hard time maintaining any intimate relationship. Nadine (Karin Viard) and Iris (Marina Fois) have a love-hate relationship that eventually takes them to places they do not want to be. Fred (Joey Starr) is an emotional officer who empathizes with an African boy who is shattered when his mother, who lives on the streets of Paris, must give him up. With his marriage on the rocks, he reaches out to the lonely photographer and begins a relationship with her. His best friend Balloo (Frederic Pierrot) is given a hard time by his co-workers for not standing up for them against the boss.

Writer and director Maiwenn and co-writer Emmanuelle Bercot have adapted their drama from real child investigation cases. We are impressed with how much ground they covered without trivializing or sensationalizing the controversial material. When these investigators get together to relax they really do let go of the toxins they have to deal with all day. We see them dancing, drinking, celebrating a birthday, and playing charades. They are almost like shamans who travel to other world's to retrieve the lost souls of the victimized children. But the dangerous journey damages them spiritually. In some cases the toll is very high, and they are left tallying up the losses.

Special features on the DVD include: bloopers; deleted scenes; an interview with director Maïwenn; "We're Off to Cannes!" (Behind the Scenes of Polisse); scoring the film with composer Stephen Warbeck; and a featurette trailer. 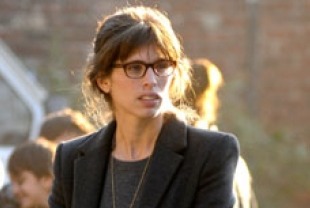 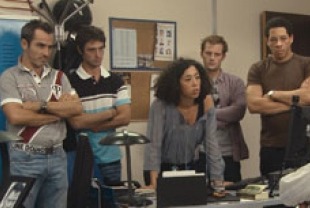 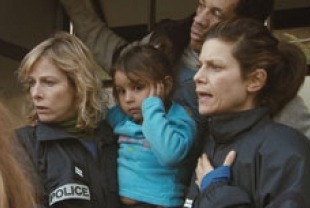 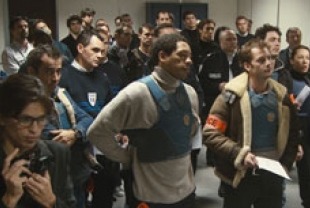