Directed by Barry Sonnenfeld
A character-driven story that resurrects this entertaining franchise.

Men in Black Agent J (Will Smith) and Agent K (Tommy Lee Jones) have worked together for 15 years in New York City trying to cope with the disorderly activities and conspiracies of the alien population. To keep their mission a secret they have a device that "neutralizes" eyewitnesses by wiping out their memories of an encounter. By now the thrill is gone and Agent K seems bored with the work. But both agents are catapulted out of lethargy when Boris the Animal (Jemaine Clement) escapes from a prison on the moon and returns to haunt Agent K who had a violent encounter with him in 1969. Boris wants revenge and has set in motion a planet-wide invasion.

Director Barry Sonnenfeld manages to resurrect this franchise by focusing on Agent J's genuine feelings for his buddy. This makes his time travel back to 1969 a heroic act. Watching him jump off the Chrysler Building to start the process is quite breath-taking. The screenplay far surpasses other recent franchise efforts; its wit and spunk come across in Agent K's view of questions, a clever sequence revolving around a droll and egocentric Andy Warhol (Bill Hader), Agent J's craving for chocolate milk, and a playful portrait of a gifted psychic Griffin (Michael Stuhlbarg) who pays tribute to the Miracle Mets' unbelievable 1969 season.

The surprise performance in Men in Black III is by Josh Brolin as Agent K in 1969. He pulls off the Texas drawl (perfectly mimicking Tommy Lee Jones) and the stony face but also lets Agent J see a more humane and playful side of him. In the end, they square off against Boris the Animal and discover a truth similar to Eubie Blake advice for life: "Be grateful for luck. Pay the thunder no mind — listen to the birds, and don't hate nobody."

Special features on the two disc Blu-ray/DVD combo include: "Spot the Alien Game"; the making of Men In Black 3; Men In Black: 1960s vs. Today; creating the visual effects; scene investigation; progression reels; and a "Back In Time" music video by Pitbull. 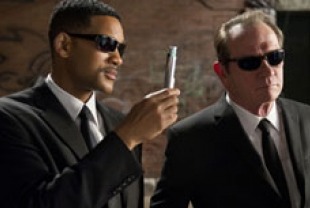 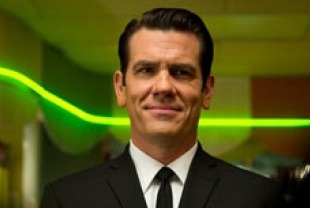 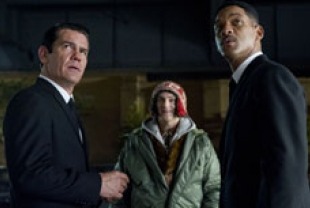