Directed by Adam Shankman
A peppy screen version of the Broadway musical that will get you humming along to your favorite 1980s pop and rock songs.

There's nothing particularly innovative or endearing about this cliche-ridden musical based on Chris D'Arienzo's play. Nonetheless, it is immensely entertaining if you happen to love rock and pop songs from the 1980s. Secondly, everyone in it seems to be having as much fun as the talented cast of kids in Glee.

Sherrie (Julianne Hough), a perky blonde from Kansas with deep-blue eyes arrives by bus in Hollywood. After her suitcase is stolen, she is rescued by Drew (Diego Boneta) who shares her dream of becoming a rock singer. He works at The Bourbon Room on the Strip run by Dennis Dupree (Alec Baldwin) and Lonny (Russell Brandt). He convinces them to hire Sherrie as a waitress.

They predictably fall in love until their relationship is put in jeopardy by Stacee Jaxx (Tom Cruise in an out-of-the-box performance as a sexy, slithering and narcissistic rock star) whose wildly popular band is playing at The Bourbon Room. When the opening act drops out, Drew and his band get the chance of a lifetime. Jaxx gives an incoherent interview to Constance (Malin Akerman) and flirts with Sherrie which leads her new boyfriend to think she has cheated on him.

Meanwhile, outdoors a band of committed conservative Christians led by Patricia Whitmore (Catherine Zeta-Jones), the mayor's wife, start a demonstration against Stacee Jaxx. Her real goal is to clean up the Strip by closing down The Bourbon Room and getting rid of all the drug addicts and perverts who go there regularly. She's not Dennis and Lonny's only problem. They are also jerked around by Stacee Jaxx's greedy agent (Paul Giamatti).

Director Adam Shankman, who brought us the punchy screen version of Hairspray has created a cinematic piñata stuffed with toe-tapping and exquisitely melodic songs including "I Want to Know What Love Is," "Hit Me with Your Best Shot," "Any Way You Want It," "Living in Paradise," "I Love Rock 'N Roll,' and more. Rock of Ages is not one for the ages, but it's good enough to provide some small treats and pleasures.

Special features on the DVD include: "If you build it, they will rock it": a look at the historical significance of the real Sunset Strip clubs in the '80s and how they shaped the design of the "Bourbon Room" in the movie; "Any way you want it" music featurette featuring Mary J. Blige, Constantine Maroulis, and Julianne Hough; and Def Leppard: live at the premiere. 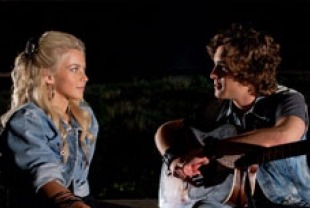 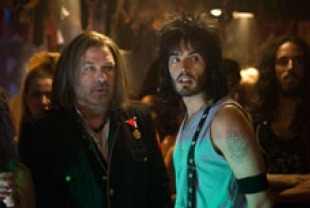 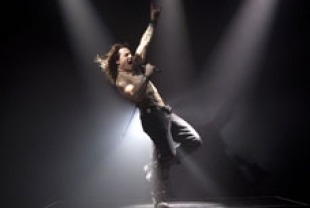 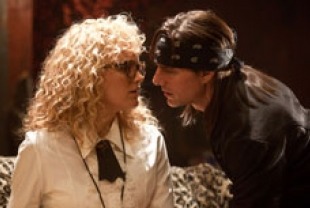 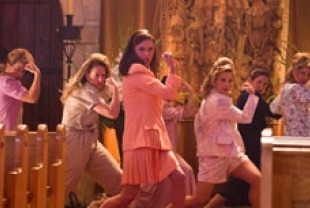 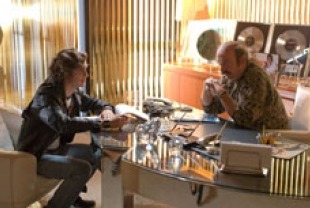