To Rome with Love

Directed by Woody Allen
A multi-story film with warnings about the dangers and delusions of love, marriage, fame, and the need to control everything that shows up in our lives.

After movies set in London, Barcelona, and Paris; writer, director and city lover Woody Allen celebrates the past and present miseries and moments of glory in the Eternal City. As usual, he has gathered an impressive ensemble cast to focus on some of his favorite themes including odd and wobbly marriages, sexual obsessions, the emptiness of fame and celebrityhood, the creepiness of hypochondriacs, and domineering women. Rome provides the perfect backdrop for the four stories exploring these themes.

Jerry (Woody Allen), a retired classical music and opera producer, and his sarcastic wife Phyllis (Judy Davis) arrive in the city to meet Michelangelo (Flavio Parenti), the social activist lawyer their daughter (Alison Pill) is going to marry. When Jerry hears this young man's father (Fabio Armiliato) singing in the shower at his home, the American is convinced that he could be an opera superstar. However his plans conflict with his future son-in-law's and suddenly a wind of ill-will overtakes both families.

Fame and celebrityhood are explored in the adventures of a robotic office worker (Roberto Benigni) who suddenly and inexplicably finds himself baptized by the media as an astute observer of life. But instead of relishing this moment of "being famous for being famous," he yearns for his simple former life of privacy and repetitive behavior.

Two other people derailed by change are newlyweds Antonio (Alessandro Tiberi) and Milly (Alessandra Mastronardi) who have come to the city from the country to meet his prudish and conservative relatives. After getting lost in Rome on her own, Milly meets her favorite movie star and spends some time with him while her wimpy hubby tries to fend off the advances of a prostitute (Penelope Cruz) who is determined to give him a few lessons in making love to a woman.

Jack (Jesse Eisenberg) is an architect student in the city who is living with Sally (Greta Gerwig). Her best friend Monica (Ellen Page) comes to visit and Sally convinces Jack to serve as her tour guide. But Monica is a seductress who uses all her tricks to win his attention and affection. John (Alec Baldwin), a successful architect who knows plenty about the ways of women, tries to open Jack's eyes but doesn't succeed. At one point, he warns his young friend: "Go ahead — walk into the propeller."

To Rome with Love is Woody Allen's latest warning to us about the dangers and the delusions of love, marriage, fame, and the need to control everything that shows up in our lives.

Special features on the DVD include a featurette: "Con Amore: A Passion for Rome." 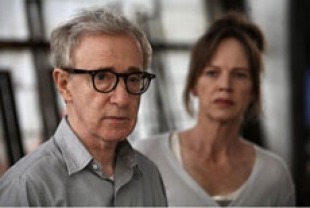 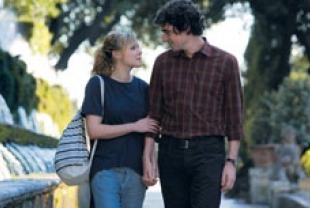 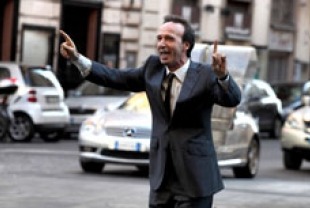 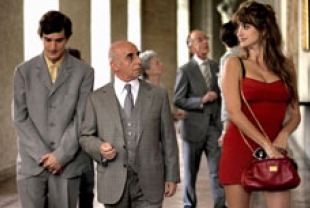 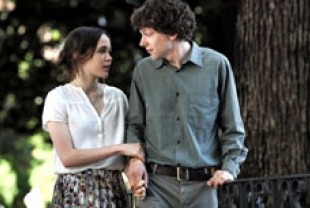 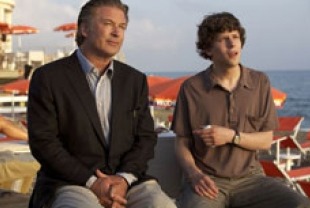