Directed by Stephen Gyllenhaal
The funny adventures of two little guys who enter the tricky world of politics with nothing but passion and a dream.

What a sorry state the American democracy is in with super PAC's wheeling and dealing behind the scenes, little or no difference between Republicans and Democrats who are all beholden to special influence groups, and a bunch of politicians who lack the vision and honesty to stir our souls and help us to work together for a more just and peace-oriented country.

Stephen Gyllenhaal, the director of this political comedy based on the true story of a 2001 Seattle City Council election, has adopted the slogan: "Laugh. Cry. Vote for the little guy."

If you take the frustrated, vulnerable, and flawed lead characters in Grassroots to heart, you will find yourself in total sync with the slogan as you cheer on the underdog who wants to change the way things are done in Seattle by getting citizens, including a bunch of hipsters, slackers, and idealists, to determine the future of the city.

After being fired from a newspaper, Phil Campell (Jason Biggs ) decides to serve as campaign manager for his best friend Grant Cogswell (Joel David Moore) who wants to defeat the incumbent city council member Richard McIver (Cedric the Entertainer). Why does he want to get rid of the one African-American in the area who is a political success? Grant is an advocate of the monorail whereas McIver supports the old-fashioned light rail.

Phil's main task is to soften his buddy's confrontational style without dimming his passion, a personal quality missing in so many who are running for office. Phil's smart and sassy girlfriend Emily (Lauren Ambrose) rejoices when she learns that he has been offered a job at another newspaper but is saddened when Phil decides instead to stay on as Grant's handler.

We enjoyed Grassroots for a lot of things. Besides the many funny lines and quirky characters, we were happy that it ends on a high note of hope for politics that involves McIver, the politician Grant has painted as the bad guy. The surprise that comes might well bring good tears to your eyes. And when did that last happen to you in relation to a political campaign? 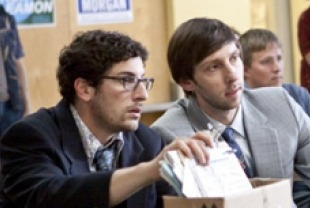 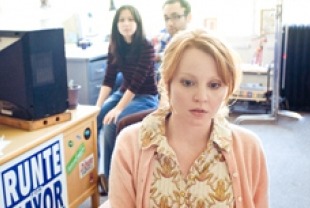 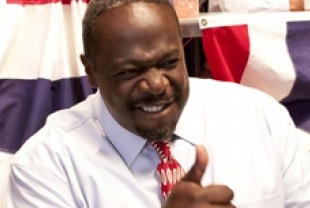 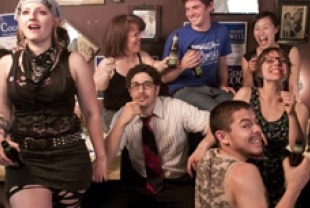