Directed by Michael Winterbottom
A robust and poignant screen adaptation of Thomas Hardy's Tess of the d'Urbervilles reset in India.

Trishna (Freida Pinto) is a beautiful young woman who lives in poverty with her large family in Rajasthan, India. Having spent most of her life working, she has led a sheltered life and does not know her way around the world. Jay (Riz Ahmed), a very rich young man, falls in love with Trishna and convinces her to work for him at his father's large hotel. She becomes an efficient waitress and sends most the money she earns back home since her father is unable to work after being injured in a truck accident.

One evening, after Trishna goes to a wedding party, she is nearly assaulted by a group of men. Jay intercedes just in time and takes her home on his motorcycle. But first they have an evening of passion. When she later discovers she is pregnant, she returns home to the village and has an abortion.

Jay decides to leave the hotel business and go to Mumbai to become a producer of Bollywood films. He goes to Trishna's village and convinces her to come with him. Initially she feels awkward in the presence of his new artistic friends but manages to take some dance classes which keep her occupied. Their romance flourishes in the seaside setting but is interrupted by the death of his father which compels him to travel to London and leave her behind. When Jay returns he is a changed man. He goes back to manage his father's hotel business, taking Trishna with him. But this time he consigns her to the subservient role of his mistress. Sex becomes an instrument of power and physical degradation.

Trishna is a powerful and troubling screen adaptation of Thomas Hardy's classic Tess of the d'Urbervilles. It is brilliantly directed by the inimitable Michael Winterbottom who has a gift for character driven dramas. He makes the most of the importance of place on the psyches and souls of men and women alike. The film vividly catches the different rhythms and rigors of traditional Indian culture in rural areas and the hustle-and-bustle of the cities of modern-day India. The exotic hotel owned by Jay's father is a dreamlike place in-between these two worlds.

The turning point in the relationship between Trishna and Jay occurs when she decides to tell him about her abortion of their child. He is both hurt and enraged by this confession and unable to forgive her. Her mistake is believing that his love would be strong enough to handle anything. Her confession is a gamble on grace that fails, with tragic consequences for all. 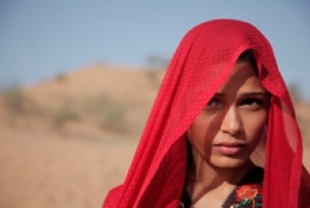 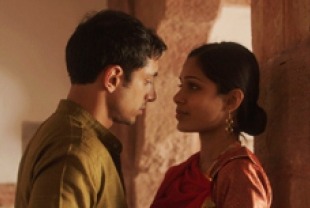