Directed by Julie Delpy
A follow-up to the romantic 2 Days in Paris, this farcical comedy revolves around familial and cross-cultural clashes.

In 2 Days in Paris, writer, director, and star Julie Delpy dealt with a breakdown in a romantic relationship. Now her character, Marion, is an artist and photographer who has a toddler son and is preparing for an exhibition of her art works. She has settled down with Mingus (Chris Rock), an unflappable radio talk-show host who has a young daughter. Everything seems to be humming along smoothly with them until her relatives arrive for a visit. Mingus has never met them.

Marion's jolly father Jeannot (Albert Delpy) is a prankster whose sense of humor can be off-putting and mysterious. Her competitive sister Rose (Alexia Landeau) does all she can to irritate and anger Marion by prancing around the apartment nearly naked or exposing her breast at a yoga class. She has brought along her obnoxious boyfriend (Alexandre Nahon) who has a penchant for kinky sex and a love of marijuana which leads him to purchase the drug in Marion and Mingus's apartment building.

Those familiar with French farces will appreciate Delpy's attempt to play around with this film genre. She pulls off the plight of a young woman whose family has a way of pushing all her buttons and putting her in a funk. But her greatest inner challenge is dealing with the feeling that she has sold her soul. Chris Rock does well as the serious talk-show host who can't handle the chaos her French relatives bring. He is especially mystified by what Rose and her boyfriend do with his electric toothbrush when they use it as a sex toy in the bathroom one night. And as far as what to make of Marion now that he's seen her interacting with her family, Mingus decides to accentuate her emotional vibrancy as a virtue. 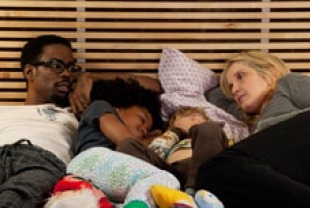 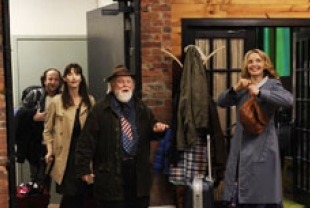 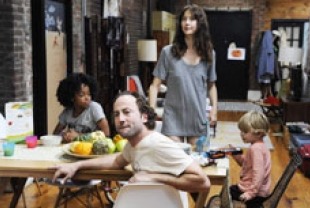 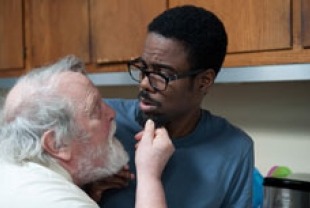 R – language, sexual content, some drug use, some brief nudity