Directed by So Yong Kim
Portrait of punk rock singer/songwriter experiencing a spiritual emergency as he copes with a deluge of troubles and disappointments.

Life can turn bleak in the blink of an eye and we experience a spiritual emergency that upsets the natural and dependable rhythms of the body, mind, and soul. Joby (Paul Dano) is a punk rock singer and songwriter who has brushed briefly with success but has never made it to the big time. He is working on material for a new album but the songs are duds, lacking "heart" as he puts it.

It's significant that Joby would refer to heart because his emotions have been sapped by a messy divorce and custody battle. One wintery evening when he is on his way to see his lawyer to sign some papers, his car skids out of control and slams into a bank of snow. It is a perfect metaphor for how out-of-control his life has become. No matter what he does, things are going against him.

Fred (Jon Heder), his lawyer, has set up a meeting with his ex-wife, Clair (Margarita Levieva), and her lawyer. Much to his dismay she refuses to talk with him. Then Paul learns that if he decides to take the money from the sale of their home, then he must give up custody of Ellen (Shaylena Mandigo), his six-year-old daughter. The punk rocker tries to bury his anger and resentment over what he considers to be an unfair deal for him.

The bad news keeps on coming with a phone call that indicates the band will be breaking up and moving on without him. After dinner at Fred's place, Paul gets drunk and in a moment of cathartic liberation from all his troubles and disappointment dances freely from the heart with passion.

For Ellen is written and directed by American independent filmmaker So Yong Kim who was at the helm of Treeless Mountain, a wonder-inducing drama about a six-year-old Korean girl who takes on adult responsibilities when she and her little sister are abandoned by their mother. Here is a director with a special gift for drawing out natural and emotionally affecting performances from children. The dramatic high point in For Ellen comes when the awkward and nervous Paul tries desperately to connect with his daughter on a two-hour visit. Shaylena Mandigo is near perfect as the confused six year old who sees the affection of her father but also knows that her mother is marrying another man. As is usual in custody battles between adults, it is the children who suffer most, sometimes with emotional wounds that never vanish.

For Ellen vividly charts the nonstop spiritual emergency that overtakes Paul from the accident with his car to a surprise visit from his girlfriend (Jena Malone) which is not appreciated given his descent into depression and grief over the loss of his daughter and the probable break-up of his band. What does one do in such a bleak and dark situation? You must see the film to judge for yourself whether Paul's method of dealing with his spiritual emergency is self-destructive or liberating.

Special features on the DVD include the Story behind the Scene, presented by American Express. 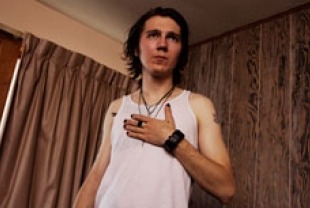 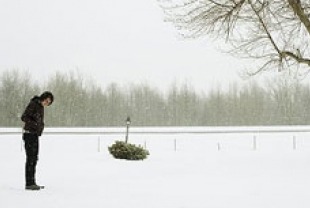 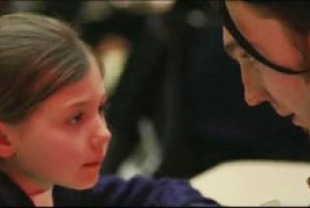