Directed by Jamie Linden
A fetching drama about a high school class reunion with some magical moments.

"A class reunion is more than a sentimental journey. It is also a way of answering the question that lies at the back of nearly all our minds: Did they do better than I?"
— Rona Jaffe in her novel Class Reunion

As we watch movies about high school, college, or community reunions, other questions rise to the surface of our consciousness: Will people recognize and remember me? Will seeing these fellow travelers from the past bring out positive or negative feelings? Will I be able to trust what they are telling me about their present lives or is it a given that everyone wants to be seen as successful and happy? Will I be able to relax and have fun?

Writer (Dear John, We Are Marshall) and director Jamie Linden presents the interactions of a diverse group of men and women attending their tenth high school reunion. The ensemble performances are impressive and the screenplay makes some solid points about time, memory, love, lying, and letting go. But even though Ten Years has some magical moments, it cannot hold a candle to The Big Chill, which set the bar very high for dramas about reunions.

Jake (Channing Tatum) arrives with Jess (Jenna Dewan-Tatum), his girlfriend who is still waiting for a marriage proposal from him. Her feelings are hurt when his high school girlfriend Mary (Rosario Dawson) unexpectedly shows up with her older husband Paul (Ron Livingston) and immediately steals Jake's time and attention. But as a woman filled with surprises, Mary convinces him to devote himself to Jess.

The biggest success story belongs to Reeves (Oscar Isaac), a charismatic and generous singer and songwriter who is pleased to see Elise (Kate Mara) there; he reveals that he always had a crush on her. In the course of the evening when he is not having his picture taken with adoring fans, he makes his feelings known. But she is still a shy outsider who is afraid of risks or freely giving herself to anyone.

Cully (Chris Pratt), a married man, is the one fellow with an agenda: he wants to apologize to all those he bullied during high school. But instead of staying sober and delivering his apologies from his heart, he gets smashed and blows his noble intention. His wife (Ari Graynor) is embarrassed by his actions and drives him home.

When Anna (Lynn Collins) strolls into the reunion, everyone recalls her role as Miss Popularity. But after she spends time with Marty (Justin Long) and AJ (Max Minghella), two avid buddies and party time animals, they follow her home and discover some shocking truths about her and themselves. Last but not least, Garrity (Brian Geraghty) shows a side of himself that he has kept hidden since high school. 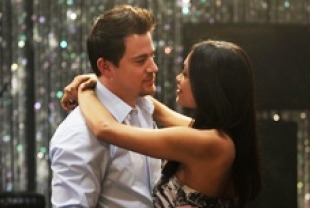 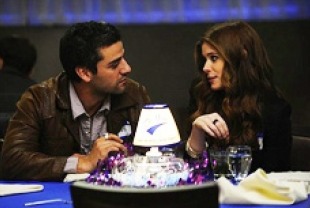 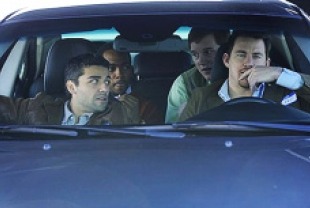 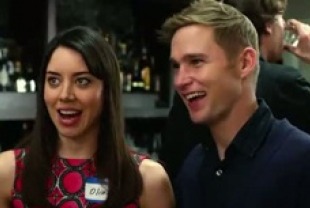 Return of the Secaucus Seven