Directed by Gianni Di Gregorio
An extraordinary and universal Italian film about a 60-year-old man's mid-life crisis and the sapping of his spirit.

In late middle age many men experience "a midolesence" where they revert back to the randy days of adolescence and fantasies about what it would be like to have sex with a beautiful woman. If they have also retired, they have to figure out what to do with all their free time. Now they have the leisure to take stock and determine how they want to spend the rest of their lives. At the same time, they become painfully aware of their physical and psychological limitations. And that is not a pleasant experience for the male ego.

All of these challenges are at work in The Salt of Life which is writer, director, and actor Gianni Di Gregorio's follow-up to his absolutely wonderful 2008 film Mid-August Lunch. It is one of the best films around about middle-age and the changes it brings. Michael B. Nichols describes this stage of life as:

"It is like having a bad case of spring fever. The symptoms are familiar — a feeling of stagnation, disequilibrium, and mild depression. Life itself can sap the spirit. Just as a long season of winter wears us out, leaving us languid and closed in, longing for the sunshine of spring, midlife can be a time of wistful yearning, only now the languor is mixed with regret and the longing for rejuvenation takes on greater urgency."

Di Gregorio plays Gianni, a 60-year-old retiree who lives in an apartment in Rome with his wife (Elisabetta Piccolomini) and daughter (Teresa Di Gregorio). He spends quite a bit of time doing errands for his wife who is still working. Before heading out on the streets of the city, he visits with his flirtatious young neighbor (Aylin Prandi) and picks up her large dog to walk with his little one. The rest of his time is spent visiting his wealthy and domineering mother (Valeria de Franciscisi) who is an avid card player and an addicted watcher of television programs.

While three retired men sit and talk all day in front of his building, Gianni enjoys walking about and gazing at the large number of attractive and voluptuous women who pass him by without seeing him — as if he were invisible. His lust is encouraged by a lawyer friend his age who takes him to lunch with two pretty clients of his. When the women realize that these two older men want to have sex with them they make a quick exit. Gianni's yearnings are also fueled by Kristina (Kristina Cepraga), his mother's pretty Romanian caregiver. But his expectations of getting together with her are destroyed when she says that she thinks of him as her grandfather.

The Salt of Life reveals the onset of old age as Gianni struggles with disappointment, stiff legs, puffy eyes, lines on his face, loneliness, and feelings that he will always be nothing more than a mama's boy and a wine connoisseur who drinks too much. It is sad to watch this consummate gentleman plunge into depression as a result of his midolesence. But at the same time, we are confident that he will find the rejuvenation he needs just around the corner. He is a resilient fellow with so much to give.

Special features on the DVD include: HD master enhanced for widescreen viewing; 20 minutes of behind-the-scenes footage; an interview with director/star Gianni Di Gregorio; and the U.S. trailer. 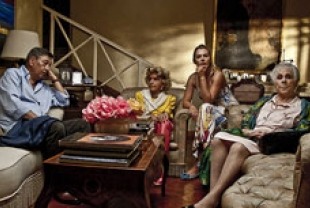 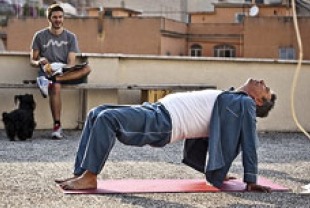 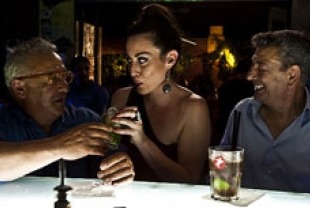 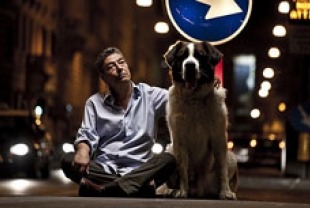