Directed by Bobby Sheehan
A hard-hitting attack on the medical establishment and the pharmaceutical industry's continuing attacks on alternative therapies.

It is clear to all Americans that the present day health care system is not serving everybody as well as it should be. One of the main reasons, according to this hard-hitting documentary by Bobby Sheehan, is that it is rigged in favor of the medical establishment, the power and money of the American Medical Association, the huge money-making machine of the pharmaceutical industry, and the public's lack of knowledge about alternative methods of treatment for cancer, autism, and other diseases.

We listen to the complaints of chiropractors who have consistently been attacked as "quacks," "cultists" and dangerous amateurs whose patients have died under their incompetent care. To document this concerted attack, the filmmaker alludes to the federal antitrust suit Wilk vs. American Medical Association where the AMA was found guilty of an illegal conspiracy to "contain and eliminate" the chiropractic profession.

More people are becoming informed about alternative therapies such as chiropractic adjustments, acupuncture, naturopathy, and other healing modalities which do not involve drugs or invasive surgery. Doctored presents a lively crosscut of cases involving individuals with multiple sclerosis, spinal pain, brain tumor, frozen shoulder, autism, and cancer who have benefited, and in some cases been cured, by alternative therapies.

It is painful to realize that although Americans make up only 5% of the world's population, we consume over 50% of all the world's pharmaceutical drugs. In one segment, it is reported that some children are being given 26 vaccinations a year. The government has made it impossible for anyone who gets seriously ill or dies from a vaccination to sue the company that made the chemical stew carrying the vaccines which contains mercury.

The only drawback to Doctored is that it tries to cover too much territory when in the last section it spins off into probes on food as medicine, the need for rich soil, the health food revolution, and the corporate rush to get involved with genetic modification of crops. All these developments can be seen as other signs of corporate America's pursuit of profit and its lack of interest in the health and well-being of men, women, and children. 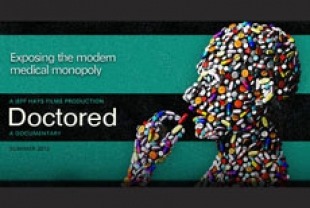 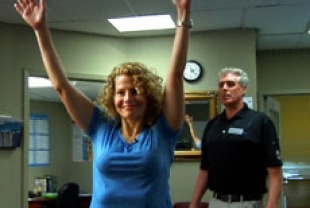 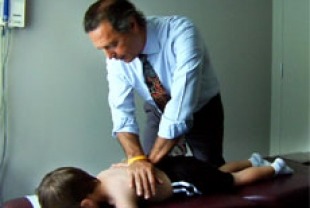