Trouble with the Curve

Directed by Robert Lorenz
A well-acted and winning drama about a dysfunctional family, baseball scouting, and conscious aging.

Gus Lobel (Clint Eastwood) is the most heralded scout in baseball thanks to his finally honed skills, love of the game, and common sense. But some people in the head office of the Atlanta Braves are convinced that it is time for him to retire. Chief among them is Phillip (Matthew Lillard) who thinks Gus and his techniques are outdated in an age when computer technology has changed the rules of scouting and baseball (remember Moneyball?) On the other hand, Pete (John Goodman), the old man's buddy for 30 years, still believes Gus has what it takes and will do just fine on an important assignment: checking out the high school baseball star in North Carolina everyone is talking about.

Mickey (Amy Adams) is Gus's daughter who fondly recalls her father initiating her into the joys of baseball; she's a real wiz with statistics and records. But after the death of her mother when she was only six years old, she was shunted from living with a relative to boarding school while Gus pursued his career and rarely communicated with her. Mickey carries a lot of anger and resentment about what she perceives as her father's abandonment. She is completely mystified by his inability to talk to her about things that matter.

For instance, she discovers that Gus is developing a severe weakening of his vision and is having a hard time seeing. Knowing that his North Carolina assignment is important and may determine his future, Mickey decides to take a few days off and help him out. It is a decision of great importance for her. She is being considered as a partner in her law firm, but everything depends on winning a difficult case and an important meeting with the client is coming up. Knowing the high cost of being away at this time, Mickey follows her instincts and decides to join Gus in North Carolina. He says he doesn't want her there, but she soon figures out that he does indeed need her.

Trouble With the Curve is a winning drama directed by Robert Lorenz with Clint Eastwood and Amy Adams hitting one home run after another as a father and daughter on a difficult journey from estrangement to honest intimacy. Eastwood is convincing as a grumbling old man who rails against the indignities of old age and the younger generation's reliance on computers and smartphones.

Justin Timberlake continues to impress with his easy-going performance as Johnny, a former pitching recruit of Gus's. He's now a scout for Boston but he'd really like to be an announcer. He is immediately attracted to Mickey but has a hard time getting through her elaborately constructed armor and her workaholism.

But the most compelling performance in this well-acted dysfunctional family drama is Amy Adams as a feisty and strong-willed young woman whose trip to North Carolina turns into a life-enhancing series of transformative surprises. It is a delight to watch this gifted actress respond to the power plays of the senior members of her law firm, to witness her trading barbs with her father, to see her hit a baseball in practice and do a spontaneous cartwheel while moving between second and third base, and to enjoy her cannonball plunge into a lake during a romantic encounter with Johnny.

Special features on the DVD include: Trouble with the Curve: For the Love of the Game; and Amy Adams and Justin Timberlake talk about secretly identifying with their characters. 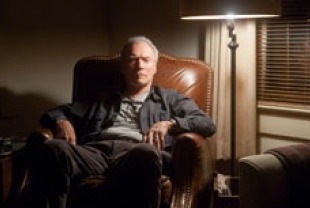 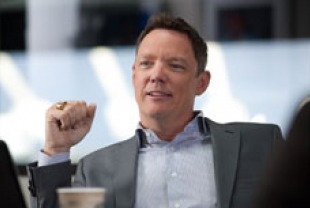 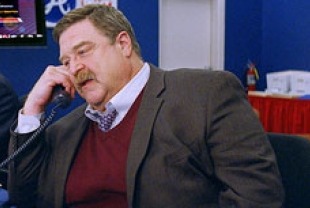 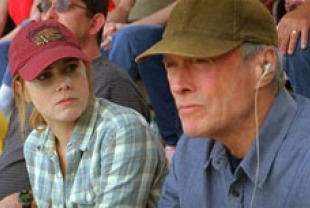 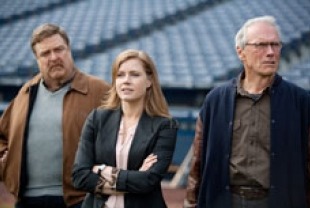 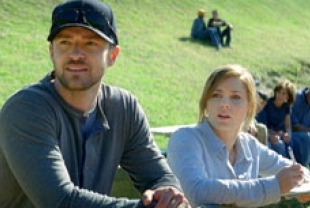