Directed by Ry Russo-Young
A compelling portrait of the different shades of sex.

"Casual sex can be a good way of getting to know people," wrote Dennis Altman in 1971. In the opening scene of Nobody Walks, Martine (Olivia Thirlby) exits an airplane in Los Angeles accompanied by a young man who is enjoying her company. They begin to passionately kiss when they reach his car leading him to believe they are going to have sex until she says, "I enjoyed sitting next to you on the plane." Although she is perfectly at ease with casual sex as a way to further "conversation" with someone she likes, she declines this time around.

Martine, who lives in New York City, is working on a film and through a friend has been given a chance to complete her project with Peter (John Krasinski), a sound design expert with some time on his hands. He lives a comfortable life with his wife Julie (Rosemarie DeWitt), a therapist, and two children. They have graciously allowed Martine to stay in their pool-house.

For many people, sex is used to shore up their shaky egos, to prove that they are lovable, to control others, or to fill their emptiness. Martine is a very pretty and an incredibly seductive young woman who, immediately upon stepping into this family's home, draws out the sexual desires of everyone, even the young son Dusty (Mason Welch). After seeing her in the swimming pool in her bathing suit one night, he waits until she comes out and puts his hand on her thigh.

It's not long before Peter and Martine, working in such close quarters are having wild sex in his sound-proof office. She then sets her sights on Peter's muscular young assistant David (Rhys Wakefield), who is the love object of Julie's 16-year-old daughter Kolt (India Ennenga), a budding poet trying to handle her growing sexual desires. When she sees Martine kissing David she takes out her ire on her obnoxious Italian language tutor Marcello (Emanuele Secci).

Meanwhile in her therapy practice, Julie is working with a slick showbiz client Billy (Justin Kirk). He describes a dirty dream about her in an attempt to convince her to go to bed with him. She resists, despite her suspicions that Peter is having a fling with Martine.

Ry Russo-Young directs this multi-dimensional film about a household rocked by the sexual power of a young guest. He makes the most out of the realistic responses of the family members.. The screenplay, co-written by Lena Dunham and Russo-Young, does not definitively reveal whether or not Martine is a sex addict or whether she is just using sex addictively for a while. In either case, she violates the core ethical principle in intimate human relationships: do no harm. 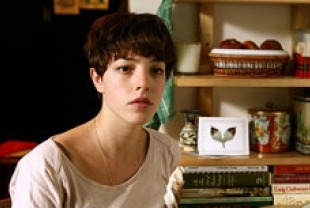 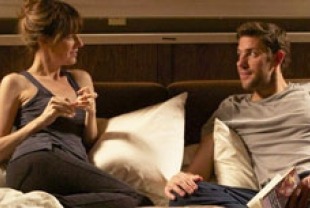 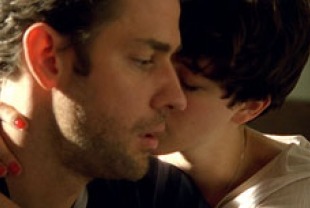 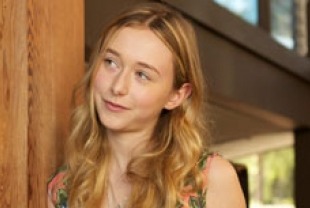 R – sexuality, language, some drug use