Directed by Andrew Dominik
A character-driven gangster drama exposing the shadow side of America as nothing more than a business ruled by money, power, and violence.

It's 2008. The U.S. presidential campaign is in full swing as the country is reeling from a financial crisis and New Orleans is a city of foreclosures and few jobs. Johnny Amato (Vincent Curatola) dreams of being a major player in the crime world. While in prison he meets and befriends Frankie (Scoot McNairy) who is desperate for a chance to make some money to buy a car and to have sex with a pretty girl and Amato thinks he has a great idea that will make them both rich — rob a card game.

Markie Trattman (Ray Liotta) runs a protected card game where members of the Mob can play high stakes poker. For the robbery Frankie needs a partner and chooses Russell (Ben Mendelsohn), an Australian in need of some cash so he can set himself up as a drug dealer and feed his own addiction. These two amateurs miraculously pull off the caper without anyone getting hurt. They are both ready to taste the pleasures of financial success like all the American bankers and other wheeler dealers they admire.

Richard Jenkins plays a lawyer who represents Mob interests and meets with Jackie Cogan (Brad Pitt), a street savvy and slick hit man, who has been contracted to find and punish the robbers. When the assassin discovers that he knows Amato, the architect of the crime against the Mob, he decides to bring in Mickey (James Gandolfini) to take him out. But this killer from New York is immobilized by his propensity for booze and prostitutes. Meanwhile, Jackie hires two thugs to beat up Markie in hopes that he will give up the identities of the two robbers.

Killing Them Softly was written and directed by Andrew Dominik based on the novel Cogan's Trade by George V. Higgins. In the press notes, the director admits that this film is about America not as a country but as a business where individuals operate on their own in the pursuit of profit and pleasure. All the gritty lowlife characters in this gangster drama are animated by their desire for more money and a disgust for genuine intimate human contact. Jackie Cogan says that he prefers killing his targets softly — from a distance.

This character-driven movie shows the depressing, unsavory and corrupt side of America, also focusing on violence of amoral men who have no compassion or empathy for their enemies. See Killing Them Softly for its searing exploration of shadow but not if you can't take a lot of violence on the screen.

Special features on the Blu-ray/DVD include the making of Killing Them Softly and deleted scenes. 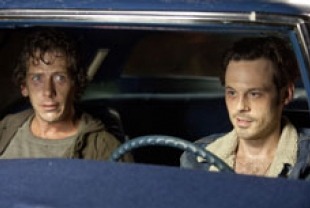 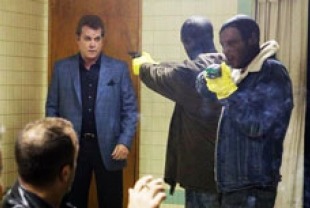 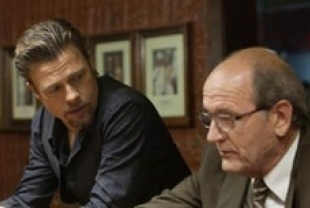 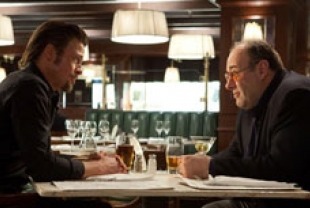