Directed by Nancy Buirski
A riveting documentary about the case that went all the way to the Supreme Court and legalized interracial marriage in 1967.

Richard Loving, a white man from Virginia, married Mildred, a black and Native American woman in Washington, D. C., in 1958. After they returned to their home in Central Point, Virginia, the local sheriff, known to have racist feelings, invaded their bedroom at 4 a.m.. Mildred said to him: "I am a wife," to which the zealous law-and-order advocate responded: "Not here, you're not." The Lovings were taken to prison for violating Virginia's anti-miscegenation laws. Eventually, the couple was given a suspended sentence and told they could not go back to their house.

In this riveting documentary, director Nancy Buirski uses 16mm footage and an extensive array of evocative photographs of the Lovings and their three children to give us a sense of their love and commitment to each other. Stirred by the civil rights activism of Dr. Martin Luther King, Jr., Mildred wrote a letter to Attorney General Robert Kennedy who referred them to the American Civil Liberties Union. The Lovings decide to work with Bernard S. Cohen and Philip J. Hirschkop, two young and talented attorneys, who mapped out their strategy; it culminated more than nine years later.

Throughout this long period of time, the couple have difficulty adjusting to city life and miss their families and friends in Virginia. But they heroically persevere as their lawyers work every angle. Their case ends with a Supreme Court decision which overturns anti-miscegenation laws in Virginia and in 16 other states.

This is a very well-done documentary. And it is absolutely s exhilarating to watch justice triumph over bigotry and ignorance!

Special features on the DVD include closed-caption. 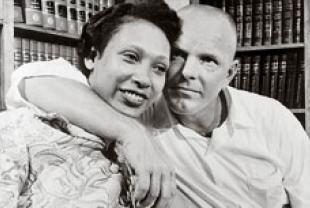 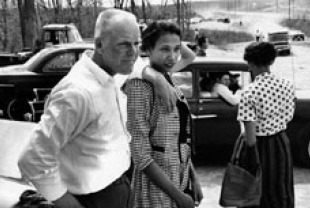 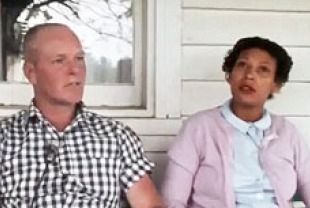 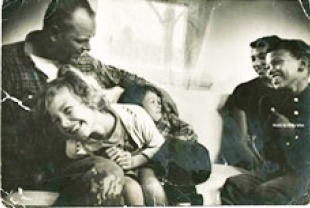 Watch an interview with the director from HBO Documentary Films