Directed by Edward Burns
A holiday drama that depicts the miracle of forgiveness in the midst of a storm of familial conflict and misunderstandings.

In our review of The Brothers McMullen (1995) we said that the film was "a winning work by a gifted young writer and director." We also were impressed with She's the One (1996). Together these two films depicted the rigors of Irish Catholic family life and the struggles of siblings with intimacy, sexuality, commitment, loyalty, and love.

Now more than 15 years later, Burns picks up where he left off with an emotionally rich depiction of a father who 20 years earlier abandoned his wife and eight children but now wants to return home to spend Christmas with them. With grace and authenticity, Burns probes the difficult spiritual practice of forgiveness in the family setting.

Gerry Fitzgerald (Edward Burns) is the oldest son of Jessie (Anita Gillette), his Irish Catholic mother; he lives with her and acts as her chief caregiver. He arranges a party for her 70th birthday party but his seven sisters and brothers all find excuses why they cannot come. Gerry is both baffled and enraged at their selfishness and refusal to honor the woman who gave birth to them.

But what is troubling him most is that Jim Fitzgerald (Ed Lauter), his estranged father, who is dying of pancreatic cancer, now wants to spend his last Christmas with them. When Jessie hears the news, she stands firm by her resolve to never let him step into the house again. In fact, she is so resentful and bitter about his past actions that she thinks Jim might be lying; that's what he always used to do to get what he wanted.

Gerry's brothers and sisters are each facing their own crises, setbacks, and disappointments during the holiday season: Quinn (Michael McGlone) is ready to propose marriage to a much younger woman; Cyril (Tom Guiry) has just gotten out of rehab and is still shaky on his feet; Connie (Caitlin Fitzgerald) has just found out that she is pregnant; Dottie (Marsha Dietlein Bennett) is in the midst of an affair with the young man who takes care of her yard; Sharon (Kerry Bishe) is unhappy with her relationship with a rich fellow; and FX (Noah Emmerich) and Erin (Heather Burns) suffers from a secret she has been carrying.

In one of the most powerful scenes in The Fitzgerald Family Christmas, Gerry unloads his anger about his family, his confusion, and his anxiety on the nurse caring for a neighbor, Nora (Connie Britton) . Sometimes we need to reveal our deepest fears to an outsider or stranger. Nora listens and responds with true presence, compassion and candor — a near perfect example of what spirituality can mean in terms of relationships. She manifests the healing help and encouragement we all need at one time or another.

Although the act of forgiving has a raw simplicity to it, the ethicist Lewis Smedes has noted "it always happens inside a storm of complex conditions. It is the hardest trick in the whole bag of personal relationships." Burns explores this spiritual practice from many different angles and, as a result, offers us much food for thought.

Special features on the DVD include a commentary with writer and director Edward Burns. 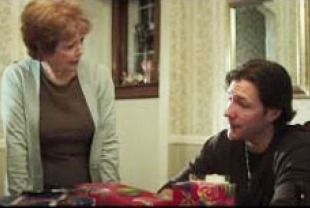 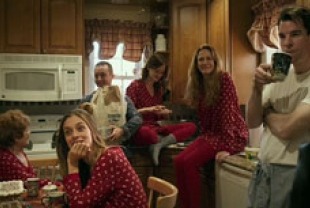 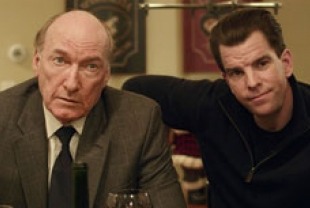 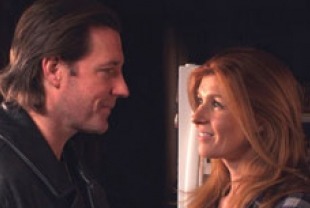