Directed by Maya Kenig
An Israeli drama about a father-daughter reunion that is twisted by lies and high expectations.

Our world is awash in lies; it doesn't matter where you go, you'll find parents lying to children, doctors to patients, husbands to wives. Corporations and advertisers lie to the public in order to make money, and governments often refuse to tell citizens the truth. From the little white lies of our private lives to the dangerous ones proffered in the name of national security, we are living in times of great and troubling ethical disarray.

In this Israeli drama, director and co-writer Maya Kenig presents an awkward father and daughter reunion where precious energy is depleted by lies and unreal expectations. This is a case where a 13 year old is less childish and cut-off from reality than her restless and self-absorbed father.

Shaul (Gur Bentvich) picks up his daughter Libi (Elya Inbar) who has been sent to live with him by her mother. She has not seen her father for years and understandably their conversation is forced. A bomb attack by Hezbollah sends them scurrying into a shelter. Shaul borrows some money from a friend and Libi begins to learn the stunning truth about her father — he is unemployed, has no home, and the car they are using has been loaned to him by a female friend.

Shaul comes up with the idea of posing as refugees in need of a place to stay. Gideon (Tzahi Grad) and his wife Helit (Salit Achi-Miriam) give them shelter in their large Jerusalem home. Shaul, an amateur inventor, shows off his latest creation — a handy little machine that sucks cigarette smoke out of the air. But his real pride and joy is a rubber turd that can be used to conceal keys.

Libi's life now consists mainly of following her father on various errands. Like a typical teenage girl, she winds up developing a romantic crush on Yuval (Arad Yeni), the 18-year-old son of their hosts. This motivates her to make a decision to tell the truth about her situation and face the consequences. This changes the father/daughter relationship and sets them on a new path.

Special features on the DVD include closed caption. 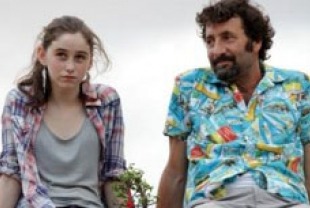 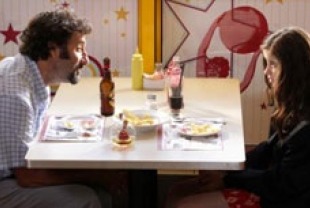 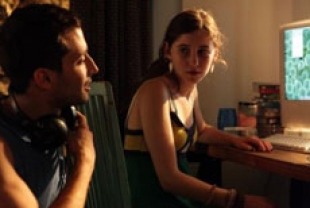