Directed by Dustin Hoffman
A meditation on aging and the possibilities for transformation of four retired opera singers in a retirement community.

After his incomparable career as a screen and stage actor, Dustin Hoffman has chosen to mark his debut as a film director with Quartet, an old-fashioned drama written by Ronald Harwood (The Dresser) set in an English retirement home for musicians. He has done a fine job drawing out first-class performances from the illustrious leading actors and actresses. The story is a meditation on aging and the possibilities for transformation of elders who have open hearts and open minds.

Three of the retirement community residents were opera singers who worked with each other in the past and share many common memories: Reginald Paget (Tom Courtenay), Cecily "Cissy" Robinson (Pauline Collins), and Wilfred (Billy Connolly). Reginald is an angry and disappointed man who takes out his ire on nurses and others. Cissy is squaring off against dementia, and Wilfred is having dizzy spells. Their routines are interrupted when Dr. Lucy Cogan (Sheridan Smith), the home's director ushers in a new arrival — Jean Horton (Maggie Smith) who was briefly married to Reginald before abandoning him for a career on the road.

Up until her presence in the retirement community, Reginald enjoyed himself teaching a musical appreciation class for teenagers. But seeing Jean every day draws out his resentment over the shabby way she treated him. She, on the other hand, seems repentant and anxious to move beyond the past.

The four opera singers must decide whether they want to perform together in the annual celebration of Verdi's birthday. Do they have what it takes to let go of the fears, errors, and disappointments of the past to engage themselves once more with the art that blessed them with beauty and meaning? The ending will surprise you. 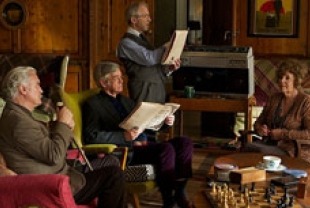 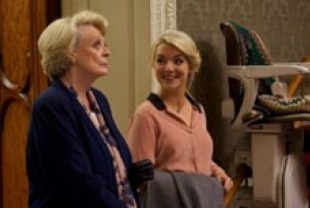 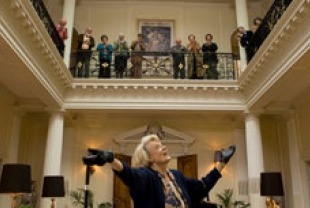 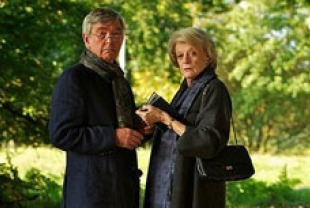