A Bottle in the Gaza Sea

Directed by Thierry Binisti
Poignant drama about a teenage immigrant from France living in Israel and a Palestinian youth who try to break down the barriers that separate them.

"I will do all things in peace.
I will follow my peaceful preference.
I can know peace wherever I am.
Peace is my decision."

It is 2007 in Israel, 14 years after Yassir Arafat, Yitzhak Rabin and Bill Clinton shook hands and proclaimed peace between Israel and Palestine. Now a bomb goes off in a cafe and shakes not only the buildings in the area but the idealistic hopes of Tal (Agatha Bonitzer), a teenage immigrant from France who lives with her devout Jewish parents. She decides to reach out to a Palestinian in order to understand what could cause a person to strap on a bomb and kill innocent people with it.

Tal convinces her brother, Eytan (Abraham Belaga), an Israeli soldier, to put her handwritten note in a bottle and throw it in the Gaza Sea. He does and it is eventually retrieved by a group of Palestinian youth. Although the others view the missive as a joke or a trick, Naim (Mahmoud Shalaby) decides to secretly reply. He is a smart 20 year old who lives with his widowed mother Intessar (Hiam Abbass); they have opened their living space to a large group of relatives seeking refuge from the Israeli air strikes. In his spare time, this industrious young man is studying French; he dreams of getting a scholarship to study abroad.

Naim's initial response to Tal is harsh and critical but he soon warms to her genuine concern, good will, and curiosity. At one point, he even jokingly shocks her by saying that he raises goats by day and makes bombs at night. But despite the occasional light-heartedness, both of these pen pals are putting themselves in jeopardy with their internet communications. Naim is harassed by Palestinian soldiers for "conspiring" with Israelis, and Tal is harshly condemned by her parents who eventually find out about her forbidden friendship.

"We all desperately want peace . . . That is why shalom is such an oft-repeated word. For, even as a simple greeting, it embodies deep yearning and solemn promise. So the ancient sage Hillel insisted that it is not enough to simply want peace, to hope for peace, even to pray for peace; he taught us to 'love peace and actively pursue peace.' "

— Wayne Dosick in Dancing with God

A Bottle in the Gaza Sea is directed by Thierry Binisti based on an award-winning novel by Valerie Zenatti. Although many Israelis and Palestinians are still consumed by hatred for the other and refuse to seek peace and reconciliation, some like Tal and Naim are willing and able to personally break down the walls that separate them. They represent the hopes and dreams of all those who want the fighting, the fear, and the hatred to stop right now.

"Once, when I was particularly depressed, a friend and pacifist from Holland told me something very beautiful: 'The people who worked to build the cathedrals in the Middle Ages never saw them completed. It took two hundred years and more to build them. Some stonecutter somewhere sculpted a beautiful rose; it was his life's work, and it was all he ever saw. But he never entered into the completed cathedral. But one day, the cathedral was really there. You must imagine peace the same way.' "

— Dorothee Soelle in Against the Wind 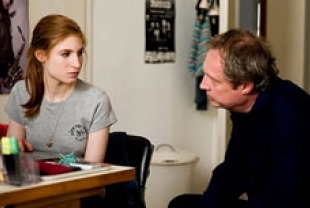 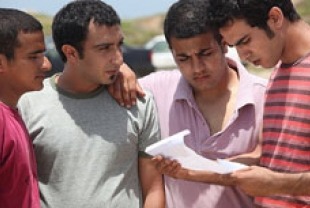 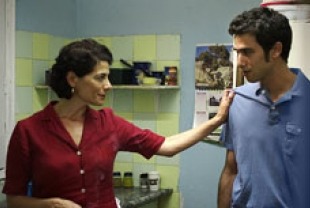 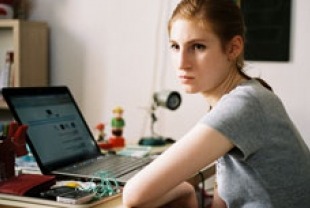