Directed by Gilles Bourdos
An exquisite and sense-luscious French film about the great artist and his last muse.

"What spirit is so empty and blind, that it cannot recognize the fact that the foot is more noble than the shoe, and skin more beautiful than the garment with which it is clothed?"
— Michelangelo

"I never think I have finished a nude until I think I could pinch it."
— Pierre-Auguste Renoir

Pierre-Auguste Renoir (1841-1919) still reigns as one of the most popular Impressionist artists. He's known for his paintings of beautiful people, scenes from nature, and lovely still lifes. "Why shouldn't art be pretty" he said. "There are enough unpleasant things in the world." He is certainly right about that. Toward the end of his illustrious career, Renoir returned to painting nudes in the open air. He wrote: "Out of doors there is a greater variety of light than in the studio . . . It is not enough for a painter to be a clever craftsman; he must love to 'caress' his canvas too."

The elderly artist caressing the canvas is a perfect image for Renoir, an exquisite film directed by Gilles Bourdos which presents the French painter being inspired by the beautiful body of his last muse. The magnificent setting for this story, set in 1915, is the artist's home and studio by the sea in the south of France. Renoir (Michel Bouquet) lives like a king in the lap of luxury with a handful of loyal women (many of whom served as his models when they were young) who look after all his needs. His arthritic hands are tended to every day and they all go on excursions — the four women carrying him on a cart to the river.

Fifteen-year-old Andree (Christa Theret) shows up at the Renoir household and is immediately hired by the 74-year-old artist who is enthralled by the way "her skin soaks up light." She also wows the painter's youngest son, Claude, who is intrigued by her mysterious sexual elan. When Jean (Vincent Rottiers), Renoir's middle son, returns home from World War I to convalesce from a leg wound, he too falls under Andree's spell but it takes him quite a while to begin a romance with her. She has her own plans of becoming a silent screen star. and wants Jean to be her director. He is frightened by the prospect of taking such a leap. His father counsels him to find something he loves to do and to do that. But when Jean announces what that is, he shocks the entire household.

Bourdos directs this sense-luscious French film with a deep appreciation for the beauty of Andree's nude body with its voluptuous fleshiness so often found in Renoir's art. Thanks to its admirable mix of nudity, the beauty of nature, and insights into the craft of Pierre-Auguste Renoir and his son Jean, this serious exploration of art and the life of an artist joins our list of favorites.

Special Features on the DVD include interviews. 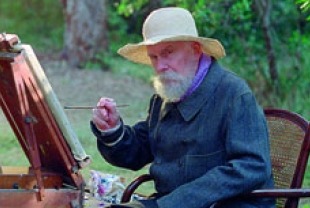 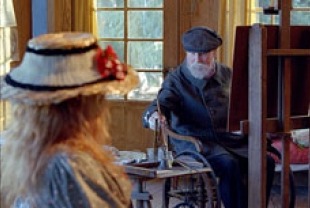 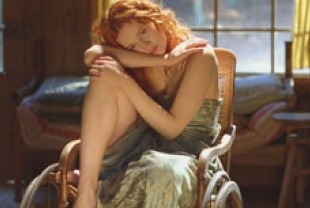 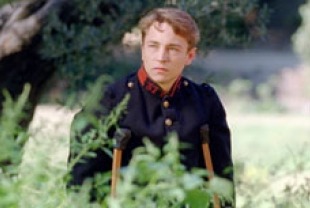 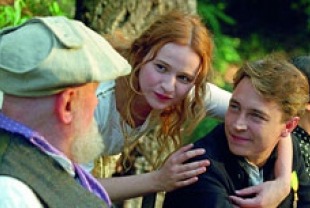