You, Me and Us

Directed by Jacques Doillon
A talky French film where a woman, her present boyfriend, and her former lover do a dance of desire and disdain to work out what they really want.

French writer and director Jacques Doillon caught our attention and admiration with his astonishing film Ponette, a masterful study of childhood grief and the ways in which a sensitive and imaginative four-year old girl tries to handle her deep feelings of loss. In the end, she pulls through thanks to her own unique brand of faith. The film also reveals how important it is for adults to watch what they say and do in the presence of little ones because everything has significance to them.

We also covered Doillon's Petits Freres, about a feisty teenage girl's attempts to survive in a tough Parisian neighborhood, and Raja, an engaging cross-cultural drama set in Morocco about a middle-aged Frenchman's yearning for a 19-year-old local girl who works in his garden.

In You, Me and Us, the director has crafted a talky drama about a woman, her boyfriend, and her former lover. Each one of them is caught up in a dance of desire and disdain. The new boyfriend must ask himself whether he really wants a baby with this complicated woman. She must take stock of herself and come to terms with her inability to let go. And the former lover has got to get a grip on his narcissism and love of role-playing.

Lou Doillon plays Aya, the mother of seven-year-old Lina (Olga Milshtein), and the object of the affection of two men. Louis (Samuel Benchetrit), the girl's father, walked out on them three years ago but has now returned. Victor (Malik Zidi), Aya's new beau, is a dentist and nice guy.

Aya meets with Louis and criticizes him for treating her so badly. But she then lifts his spirits by flirting with him. Victor gets more and more jealous as time goes by. Even the precious and playful Lina is unsettled by her mother and father's revived tryst.

Doillon has a knack for capturing and conveying sexual politics but he clearly is not in the same league with renowned French director Eric Rohmer. Perhaps he should make a film solely with children given his talent for drawing out natural and memorable performances from them. In You, Me and Us young Olga upstages the adults whenever she is interacting with them. It is not a great performance but it is very pleasing and delightful. 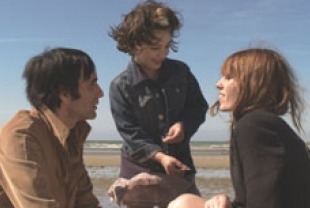 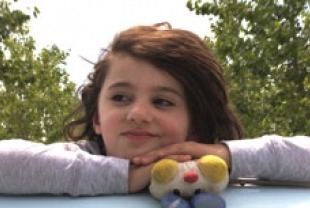 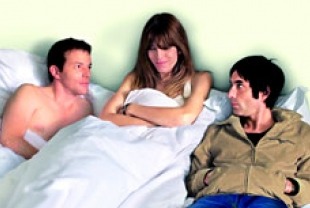