Directed by Marc Evans
An appealing drama set in Wales in 1976 about a high school rock opera version of Shakespeare's The Tempest.

In this pleasant and light-hearted drama set in Wales in the summer of 1976, Viv (Minnie Driver) is an unconventional and spunky drama teacher who launches a Jesus Christ Superstar-style rock opera version of Shakespeare's The Tempest. Trouble and opposition from all sides threaten to sink her ambitious project. Two other teachers (Haydn Gwynne and Steve Spiers) in this working class school dislike her free-spirited, untraditional educational approach and take every chance they get to attack her and malign the kids in the production as unruly, filthy-mouthed losers.

Although the majority of students in the orchestra and in the play are happy to be a part of this community-building experience, a number of them are fighting their own private battles. Davey (Aneurin Barnard), the lead performer, is shattered when Stella (Danielle Branch) rejects his overtures of love. Evan (Tomos Harries) shares a secret with his best friend Dena (Kayleigh Bennett) that gives their relationship fresh life. Kenny (Darren Evans) is struggling with the feeling that no one likes him and that he will always be an outsider. And Jake (George MacKay) shocks his two buddies when they discover him out on a date with Vicki (Kimberley Nixon), the sister of one of them. .

Hunky Dory is directed by Marc Evans and it is an appealing film thanks to Minnie Driver's standout performance as Viv, a true believer in the arts and the humanizing qualities of emotional and creative expression. We also loved the music used in the movie by David Bowie, Roxy Music, the Beach Boys, and Electric Light Orchestra. By the way, hunky dory means "quite satisfactory" which is another way of describing this fine film.

Special features on the DVD include cast and crew interviews 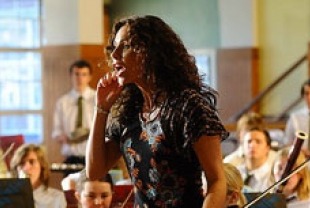 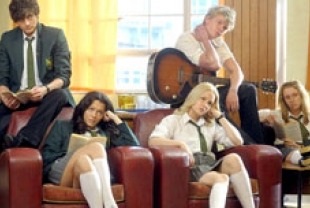 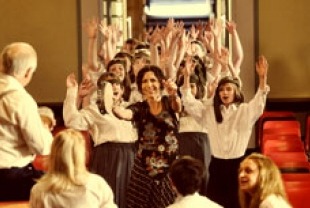