Directed by Susanna White
A sophisticated adaptation of Ford Madox Ford's novel by Tom Stoppard with a stunning performance by Rebecca Hall as a domineering, beautiful woman.

Ford Madox Ford wrote his tetralogy Parade's End soon after the conclusion of World War I. The prolific and witty playwright Tom Stoppard has adapted them into a five-part drama for the BBC and HBO. It can be seen through HBO's on-demand channel.

The novelist Graham Greene claimed that the Parade's End series were "almost the only adult novels dealing with the sexual life that have been written in English. They are our answer to Flaubert." At the center of the story is the love/hate relationship between an emotionally repressed English gentleman and his sexy, venomous wife, both of whom do not know what to make of their meaningless marriage.

Christopher Tietjens (Benedict Cumberbatch) is the youngest son in a line of Yorkshire gentry. They have a large country estate called Groby. Christopher works for the Imperial Department of Statistics where everyone is impressed with his encyclopedic memory. Although well-informed and well-aware of his times (he correctly predicts the start of World War I in the summer of 1914), this strange young man feels that he really should have lived during the late 17th and early 18th centuries when good manners, poetry, and orderliness were considered the essentials of gracious living.

Christopher's challenge in his day-by-day existence is coping with his incredibly beautiful, sexy, critical, promiscuous, and untruthful wife Sylvia (Rebecca Hall). Graham Greene chimes into our review again with his verdict that she is "surely the most possessed evil character in the modern novel." Although Sylvia could just walk away from her boring marriage to Christopher and her responsibilities for raising their young son, she is Catholic and feels constrained by her faith to stick it out. And though Christopher is hurt and angered by Sylvia's endless criticisms and humiliations, he, partly as a masochist and partly as a gentleman, feels obligated to not divorce her.

Parade's End is given its glow by Tom Stoppard's sophisticated screenplay. The drama is saturated with talk about sex, gossip about sex, and criticism of sex and its hold over men and women alike. "Sex is a game, a weapon, a toy, a joy, a trance, an enlightenment, a loss, a hope," Sallie Tisdale has written. It's clearly a topic that continues to drive ancient and modern societies crazy.

In a towering performance, Rebecca Hall as Sylvia dominates everyone who comes into contact with her and manages to use her sexuality for each of the reasons listed above. Watching her stroll into a room and capture the attention of everyone or seeing her scorn for inadequate lovers is to witness something rare in English dramas — the power and the presence of a stunningly beautiful, independent, and outspoken woman. 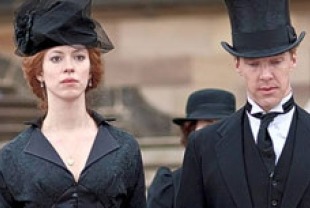 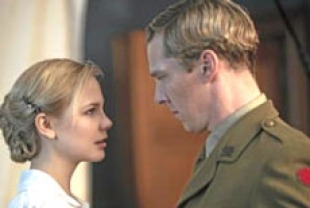