Directed by Alexandre Moors
A chilling psychological portrait of the two men behind the 2002 Beltway sniper attacks.

French director Alexandre Moors helms this chilling film about the two men behind the 2002 Beltway sniper attacks; they killed ten people and critically injured three in a three-week rampage of random violence. Thank goodness he chooses not to focus on the shooting spree but puts all his energies into a portrait of the mass murderers and their strange relationship.

This psychodrama opens in Antigua where Lee (Tequan Richmond) watches sullenly as his single mom packs her bag and walks out of his life. Adrift in a lonely world with no one to look after him, he wanders the streets and scrounges around for food. Eventually, Lee gives up on himself and the world by trying to kill himself. He is rescued from the sea by John (Isaiah Washington), an American who connects with the teenage boy's plight and decides to bring him to Tacoma, Washington, where he lives.

John is a man seething with rage at his ex-wife who now has full custody of their three children and has also taken out a restraining order against him. Lee empathizes with the negative feelings his surrogate father has for the suburban neighbors who betrayed him. He describes them as "evil" and as "ghosts." In order to toughen the boy up, John ties him to a tree in the woods and walks away, leaving him in the dark to fend for himself.

Lee proves himself to be the apple of his surrogate father's eye when Ray (Tim Blake Nelson), John's Army buddy, takes them for some target practice and the kid turns out to be an expert marksman. After being kicked out of the apartment by his girlfriend Angela (Cassandra Freeman), John and Lee stay with Ray. They now have access to a stash of guns. The boy passes his first test by killing a woman who sided with John's wife in the divorce hearings.

Blue Caprice focuses on the emotional factors lying behind those involved in killing sprees; in this case John's rage fueled by his feelings of betrayal and hatred. The film also shows how vulnerable youth are to the twisted power plays of adults who manipulate and use them. In one of the most poignant scenes in Blue Caprice, Lee is to be interviewed in prison by a psych evaluator and he refuses to co-operate with her, revealing what John always wanted from him, complete loyalty.

Blue Capricealso makes it clear that the easy access to guns made it possible for these two cold-blooded killers to destroy others with speed and efficiency. 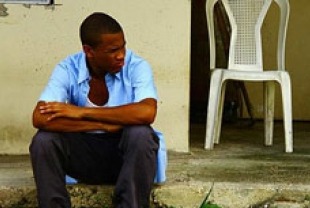 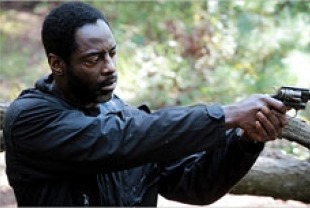 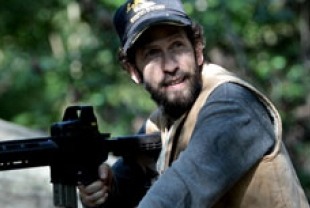 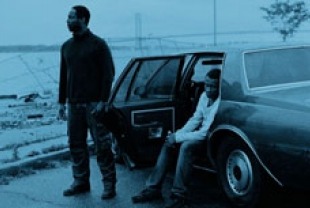